Don’t take alarming death toll numbers at face value – the noxious gases in the air won’t kill you outright, but they will cut your time on Earth - Nic Fleming 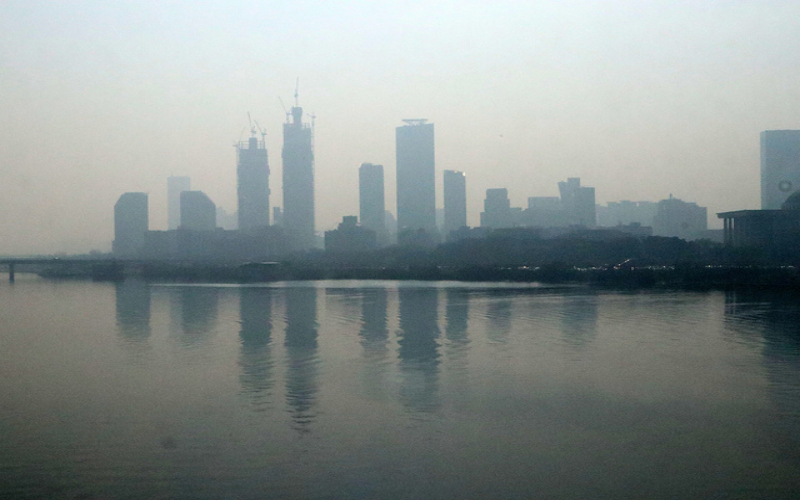 The persistent haze over many of our cities is a reminder of the polluted air that we breathe. Over 80% of the world’s urban population is breathing air that fails to meet World Health Organisation guidelines, and an estimated 4.5 million people died prematurely from outdoor air pollution in 2015.

Globally, urban populations are expected to double in the next 40 years. An extra 2 billion people will need new places to live, services and ways to move around their cities. More important, the decisions that we make now about the design of our cities will determine the everyday lives and health of the next generations. So what would the components of a smog-free – or at least low-pollution…

Every day the Air Quality Index (AQI) tells you how clean or polluted your outdoor air is, along with associated health effects that may be of concern. The AQI translates air quality data into numbers and colors that help people understand when to take action to protect their health.

Ammonia, a poorly understood smog ingredient, could be key to limiting deadly pollution.

Remembering a City Where the Smog Could Kill

Once upon a time, you could touch the air in New York. It was that filthy. No sensible person would put a toe in most of the waterways. In 1964, Albert Butzel moved to New York City, which then had the worst air pollution among big cities in the United States. “I not only saw the pollution, I wiped it off my windowsills,” Mr. Butzel, 78, an environmental lawyer, said. “You’d look at the horizon and it would be yellowish. It was business as normal.”

Smog Has As Much Deodorant As Diesel In It

A new report, published in Science, shows that urban emissions of personal product volatile organic compounds have increased, just as transportation and power plant emissions have declined. These are the compounds that contribute to regional ozone and particulate aerosols, and combine to form smog.

The New Science of Smog

Other things pollute the air more than gasoline exhaust does.

A Building That Eats Smog

A new construction material could make the concrete jungle function a bit more like a natural one. Palazzo Italia, which debuted at the 2015 World’s Fair in Milan, is the first building made of concrete that’s designed to clear the air. The facade, a mixture of cement and titanium dioxide, captures nitrogen-oxide pollution and converts it into a harmless salt that easily rinses off the walls when it rains.

A Plastic Smog Is Smothering Our Oceans

What can we do to turn the tide on plastic pollution.

Cutting through the smog: How air pollution shortens your life

Don’t take alarming death toll numbers at face value – the noxious gases in the air won’t kill you outright, but they will cut your time on Earth.

Cutting through the smog: Is pollution getting worse?

The quality of air varies from country to country and in some places pea-soupers are becoming more frequent, in others, the air is getting ever cleaner.

When smog descends on Beijing or other Asian cities, people rush to buy face masks. But how effective are the masks at filtering out tiny, harmful particles of pollution?

The lesson of these and other studies is that, if possible, we should exercise in clean air. On days when smog is expected, work out early in the day, when smog levels tend to be at their lowest...

So, although aerosols may make a sunset red, excess pollution will also dampen the overall sunset experience. In fact, the transition from day to night might be a whole lot peachier—and healthier—without all that atmospheric flotsam.

New York Times readers living in the most polluted cities in the world shared with us how they manage in the face of toxic smog. What follows is a selection of the more than 100 responses received. They have been edited and condensed.

Smog So Thick, Beijing Comes to a Standstill

Residents across this city awoke to an environmental state of emergency on Tuesday as poisonous air quality prompted the government to close schools, force motorists off the road and shut down factories.

Devra Davis looks at the London Smog disaster of 1952-53.

The Paradox of Pollution-Producing Trees

Why some greenery can make smog worse.

He views the Smog Free tower as an initial step in a bottom-up approach to cleaner air, with citizens acting as the driving force.

What Are the Most Dangerous Threats to Air Quality?

Smog and soot top the list, even though there are remedies for both.

What Happened to the Milky Way?

Can you see the stars at night? Only a few centuries ago, the Milky Way was visible from almost anywhere in America. Today, more than 99 percent of the population in the continental U.S. live in light-polluted areas. It's impossible to see the Milky Way in more than two-thirds of the country.

China’s pollution is going west. For years, Beijing residents and others living in the country’s polluted northeast have borne the brunt of China’s notorious air pollution problems. But as the government has tried to clear the capital’s lungs, shutting factories en masse, the situation has improved. At the same time, for many living in the country’s less developed middle and west, the skies are actually getting more toxic.

Why is California 'worst'?

Bottom line: too many cars and trucks, and too much fossil fuel combustion by vehicles, power plants and industry are the problem. And climate change is only making it worse.

Forget ‘solutions’ such as smog towers, air-filtering buses and pollution-eating paints. We need to prevent the air pollution in the first place

Group Against Smog and Pollution

Group Against Smog and Pollution (GASP) is a non-profit citizens' group in Southwestern Pennsylvania working for a healthy, sustainable environment.

Your source for the latest research news.