Why should one say that the machine does not live? It breathes, for its breath forms the atmosphere of some towns — Benjamin Disraeli 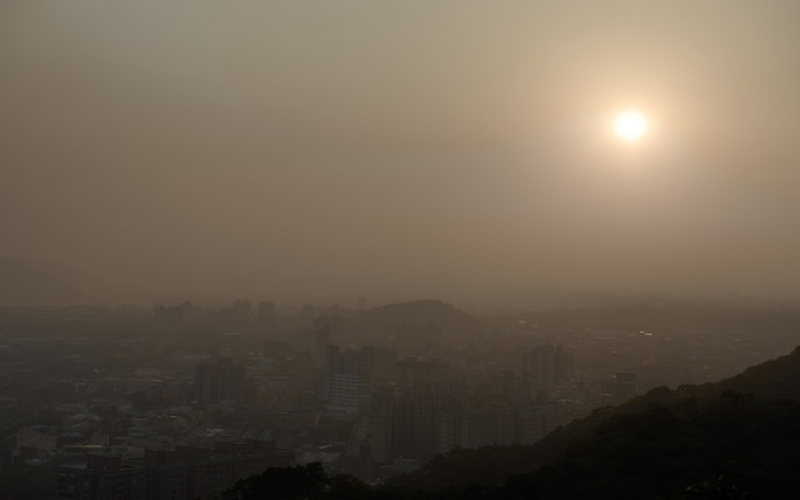 As writer Mike Bell writes, "The term 'third-hand smoke sounds preposterous." But as his excellent (and funny!) Vice article points out, a University of California, Riverside study has found that third-hand smoke is not only real, it can cause cancer and other damage just like its big brothers first- and second-hand smoke.

No-one who has even a slight understanding of particulate matter should be a bit surprised. Cigarette smoke, after all, is basically just a bunch of unhealthy particles in such a high concentration that they are apparent to the unaided human eye. When a smoker exhales that…

A Frightening New Reason to Worry About Air Pollution

A massive study solidifies the link between particulates from cars and diabetes.

Current evidence suggests that PM2.5 alone causes more deaths and illnesses than all other environmental exposures combined. For that reason, one of us (Douglas Brugge) recently wrote a book to try to spread the word to the broader public. Developed countries have made progress in reducing particulate air pollution in recent decades, but much remains to be done to further reduce this hazard.

In Cities, It's the Smoke, Not the Fire, That Will Get You

Over the years, researchers have tried unsuccessfully to measure the full health effects of wildfire smoke. The general consensus, based on hospital records, is that more smoke means more trips to the doctor for things like asthma, pneumonia, bronchitis, COPD, and heart failure.

PM2.5 is released from tailpipes of vehicles, coal-fired power plants, and industrial plants of all kinds. Events like dust storms and wildfires produce large amounts of the particulate matter, too. Right now, 95% of the global population are exposed to levels of PM2.5 that exceed the WHO’s recommended level, the authors write.

You may have never heard of PM2.5. But if you plan to continue breathing, it should at the top of your vocab list. PM2.5 is the technical term for fine particulate matter measuring 2.5 micrometers or less in diameter. It’s the smallest unit of air pollution, the kind spewed out of wildfires, car exhaust, and power plants that burn fossil fuels. It’s small enough to invade human airways and slip into the bloodstream. Exposure to PM2.5 air pollution has detrimental effects on the heart and lungs. It hits babies and the elderly hardest, and exposure in the womb has long been associated with an array of adverse outcomes that include preterm birth and low birth weight.

A growing body of evidence is starting to show that exposure to PM2.5 pollution is also tied to poor cognitive function in children and adults, and an uptick of dementia rates in the elderly.

The study, published by a group of researchers at the agency, found that particulate matter in air — specifically, floating particles that are less than 2.5 microns in diameter and emitted from everything from cars to refineries — affects the poor and people of color more than it does the white and affluent in all but four states.

What makes pollution so harmful is something called PM 2.5. PM stands for particulate matter, a complex mix of liquid droplets and small particles created when we burn gasoline in cars, or when we fire up a coal power plant to make electricity. The notation 2.5 is a reference to the size of the particles—2.5 microns.

This column exploits volcanic emissions in Hawaii to examine the health impact of a specific pollutant – airborne particulates. Short-term exposure to particulate pollution is found to increase pulmonary-related hospitalisations and expenditures, particularly among very young children.

Smoke From California’s Wildfires Will Only Get Worse

As more areas are blanketed in unhealthy air particles, it’s important to have a plan. And if you’re going to be out for a long time, wear a real particulate protection mask, because a surgical paper mask does absolutely no good.

Turns out, all those backyard pyromaniacs are contributing to a big health risk for those of us sitting back in the lawn chairs, too. A new study shows Fourth of July fireworks extravaganzas release huge amounts of pollution into the air. If the weather conditions are right, it’s enough to cause a health risk.

Might the result of one particle—or a dozen, or a hundred—be negligible in relation to human health? Sure. But put enough particles out there, and things change.

A new report from UNICEF says about a third of the 2 billion children in the world who are breathing toxic air live in northern India and neighboring countries, risking serious health effects including damage to their lungs, brains, and other organs. Of that global total, 300 million kids are exposed to pollution levels more than six times higher than standards set by the World Health Organization, including 220 million in South Asia.

PM stands for particulate matter (also called particle pollution): the term for a mixture of solid particles and liquid droplets found in the air. Some particles, such as dust, dirt, soot, or smoke, are large or dark enough to be seen with the naked eye. Others are so small they can only be detected using an electron microscope.