Almost every way we make electricity today, except for the emerging renewables and nuclear, puts out CO2. And so, what we're going to have to do at a global scale, is create a new system. And so, we need energy miracles - Bill Gates 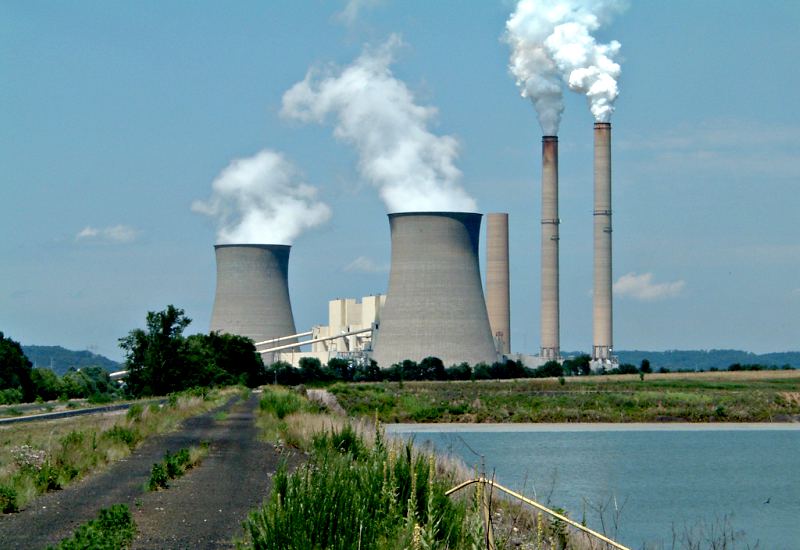 Carbon in Atmosphere Is Rising, Even as Emissions Stabilize

CAPE GRIM, Tasmania — On the best days, the wind howling across this rugged promontory has not touched land for thousands of miles, and the arriving air seems as if it should be the cleanest in the world.

But on a cliff above the sea, inside a low-slung government building, a bank of sophisticated machines sniffs that air day and night, revealing telltale indicators of the way human activity is altering the planet on a major scale.

For more than two years, the monitoring station here, along with its counterparts across the world, has been flashing a warning: The excess carbon dioxide scorching the planet rose at the highest rate on record in 2015 and 2016. A slightly slower…

The practical ways to reduce your carbon footprint (that actually work)

In the fight for climate preservation, a growing number of people are planning to relieve the earth of more carbon-chugging entities by abstaining from reproduction – saving the planet a tidy 58.6 tonnes of carbon a year in the process. But we hear comparatively less extreme recommendations all the time: go vegan (or at the very least, flexitarian), take trains instead of planes, browse the rails of secondhand shops instead of Primark.

Carbon emissions: our research shows a decade of steady decline across Europe and the US

A sliver of hope against a backdrop of gloom: 18 countries showed a sustained decline in their carbon emissions from fossil fuel use over the past decade. This trend, averaging 2.2% a year over the period 2005-2015, is evident in less than 10% of the world’s countries, mostly in the EU, but accounts for 28% of global emissions.

Researchers are trying to make a cleaner concrete to cut greenhouse gas emissions and curb climate change. The industry is estimated to account for at least 7% of global carbon dioxide emissions.

The Potential Pitfalls of Sucking Carbon From the Atmosphere

Carbon removal technologies, promising though they may be, are overhyped, says David Keith, an applied physicist at Harvard and Carbon Engineering's founder. "And the overhyping has become a political trick." That hype, he says, makes it easier for policymakers to avoid drafting near-term mitigation strategies and exceed their carbon budgets, in hopes that their debt will be repaid at some point in the future. What begets this trickery? Computer simulations.

Higher levels of CO2 are lowering amounts of protein, iron, zinc, and B vitamins in rice.

How Much CO2 Does A Single Volcano Emit?

Every volcanic eruption that occurs on planet Earth is full of pollutants. Not just ash and dust, mind you, but also carbon dioxide: one of the strongest greenhouse gases on our planet. In the largest cases, a single volcanic plume, lasting only hours, might add many millions of tons of carbon dioxide to the atmosphere. Could it be the case, then, that individual volcanoes add more carbon dioxide to our atmosphere than human activity does? To find the answer, we've got to look to the scientific data.

If we’re going to capture our carbon emissions, we might as well put them to use

Currently, carbon capture typically involves grabbing CO2 emissions from sources like coal-fired power plants, then storing them underground so they can't enter the atmosphere and heat the planet. De Luna and his colleagues, including Oleksandr Bushnuyev, a University of Toronto postdoctoral fellow, are studying developing technologies that could make storage secondary — or even unnecessary.

After months of gloomy headlines from the world of climate science — melting icecaps, possible methane eruptions in the tundra, snowballs slung on the Senate floor — there was a small ray of sunshine last week.

I have bad news for this feel-good caucus. Want to fight climate change? You have to fight cars. In the nation’s largest cities, cars account for about a third of greenhouse gas emissions. Nationally, transportation is now the single largest contributor to carbon emissions.

The best way to reduce your personal carbon emissions: don't be rich

Some lifestyle choices matter more than others.

The U.S. Is the Biggest Carbon Polluter in History. It Just Walked Away From the Paris Climate Deal

The United States, with its love of big cars, big houses and blasting air-conditioners, has contributed more than any other country to the atmospheric carbon dioxide that is scorching the planet. “In cumulative terms, we certainly own this problem more than anybody else does,” said David G. Victor, a longtime scholar of climate politics at the University of California, San Diego. Many argue that this obligates the United States to take ambitious action to slow global warming.

Yes, 50 million years ago the earth was hotter. Here's why climate change is still a major problem

But greenhouses gases like CO2 are so named for their ability to magnify the sun's energy, and 50 million years ago the sun wasn't as hot— our star is getting hotter with age. During the Eocene, it took more atmospheric CO2 to influence temperatures than it does today. In fact, if we don't change our behavior, 2100 will be as hot as the Eocene with much less atmospheric CO2 than was present at the time. A hotter sun means we get more bang for our CO2 buck.

Carbon in Atmosphere Is Rising, Even as Emissions Stabilize

Scientists have spent decades measuring what was happening to all of the carbon dioxide that was produced when people burned coal, oil and natural gas. They established that less than half of the gas was remaining in the atmosphere and warming the planet. The rest was being absorbed by the ocean and the land surface, in roughly equal amounts. In essence, these natural sponges were doing humanity a huge service by disposing of much of its gaseous waste. But as emissions have risen higher and higher, it has been unclear how much longer the natural sponges will be able to keep up.

For the third year in a row, carbon emissions from fossil fuels have hit a record high.

Carbon Brief is a UK-based website covering the latest developments in climate science, climate policy and energy policy. We specialise in clear, data-driven articles and graphics to help improve the understanding of climate change, both in terms of the science and the policy response.

The only app that pits volcanoes against spaceships. Learn how the carbon footprint of one thing stacks up against another. Simple, yes? Let’s CARBONIZE.

Post Carbon Institute is a think, action and education tank offering research, project tools, education and information to implement proactive strategies to adapt to an energy constrained world. The development of Post Carbon Institute came out of concern for the environmental, social, political and economic ramifications of global over-reliance on cheap energy.

To develop and commercialize a scalable solution for CO2 mitigation that is both economically and technically sustainable.

When you buy a TerraPass, your money funds clean energy and efficiency projects such as wind farms. These projects result in verified reductions in greenhouse gas emissions.