Where in health am I? : Home / Health Cloud / StaynHealthy / Environmental Health / Blue Zones

Blue zones are a very real phenomenon. They are somewhat exaggerated in some contexts, but they are very much real - Timothy Spector, Professor of Genetic Epidemiology at King’s College, London, and author of The Diet Myth 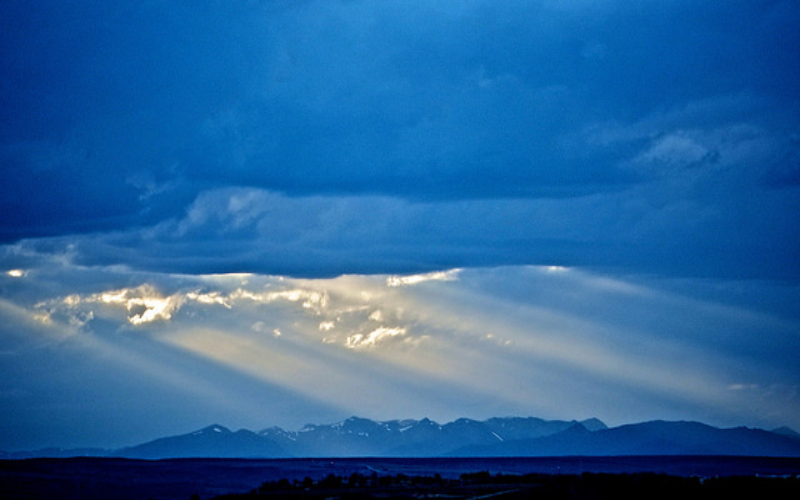 What The 'Blue Zones' Can Teach Us About Living Longer

How long we will live is one of life's great unknowns...The overall improvements in life expectancy are pretty amazing, particularly when you look at how long people live compared with the past 100 years or so...

But what can you do to increase your longevity? If you want to hit triple digits, what improves your odds? It's a question that's been on the mind of civilized society since before Ponce de Leon hit the Florida surf.

How would you like to live to a hundred on a diet of red wine, tomatoes, and olive oil?

The Danish Twin Study established that only about 20 percent of how long the average person lives is dictated by genes, while about 80 percent is influenced by lifestyle and environment, said keynote speaker, Dan Buettner, founder of the concept of Blue Zones®. To better understand the role of lifestyle and environment, Buettner set out to “reverse engineer longevity.” In association with National Geographic and with funding from the National Institute on Aging, Buettner and a team of demographers studied census data and identified five pockets where people are living verifiably longer lives by a number of measurements (Ikaria, Greece; Loma Linda, California; Nicoya, Costa Rica; Okinawa, Japan; Sardinia, Italy).

How To Make U.S. Cities Blue Zones For Healthy Longevity

In an interview with the Milken Institute Center for the Future of Aging, Buettner discusses how American cities can become places that older adults choose to reside, the importance of positive outlook and how we do have choices in how we age.

Study: many of the “oldest” people in the world may not be as old as we think

A new paper explores what “supercentenarians” have in common. Turns out it’s bad record-keeping.

The healthiest people in the world don't go to the gym

If you want to be as healthy as possible, there are no treadmills or weight machines required. Don’t just take my word for it—look to the longest-lived people in the world for proof. People in the world’s Blue Zones—the places around the world with the highest life expectancy—don’t pump iron, run marathons or join gyms.

A Lazy Person's Guide to Happiness

Find the right environment, and very little effort is necessary.

Eating To Break 100: Longevity Diet Tips From The Blue Zones

Want to live to be 100? It's tempting to think that with enough omega-3s, kale and blueberries, you could eat your way there. But one of the key takeaways from a new book on how to eat and live like "the world's healthiest people" is that longevity is not just about food.

Places Where People Live the Longest

What’s the secret to a long life? For clues, check out these places worldwide where people live the longest. From Hong Kong to Loma Linda, CA, see how locals' lifestyles contribute to long lives.

Can each of us find ways in our own lives to embrace similar positive habits to those of higher longevity elders living in “Blue Zones” around the world? Many researchers seem to think we can.

Most people living in the Blue Zones enjoy physical activity incorporated naturally into their daily lives (like gardening or walking); a sense of purpose (like caring for grandchildren or civic volunteering); low stress levels and a slower pace of life; strong family and community connections; and a diet characterized by moderate caloric intake, mostly from plant sources.

To find the path to long life and health, Dan Buettner and team study the world's "Blue Zones," communities whose elders live with vim and vigor to record-setting age. At TEDxTC, he shares the 9 common diet and lifestyle habits that keep them spry past age 100.

Do You Have Blue Zone Envy?

Happy, healthy, dead. That’s a motto I learned from Abraham-Hicks. It means Enjoying your life in good health up until the minute you leave this earth. That’s what healthy centenarians do! And you can do the same.

“Blue zones” are areas of the world where people live considerably longer lives. On these territories we can find octogenarians, nonagenarians and many centenarians, and even some supercentenarians (people who have reached the age of 110). These regions were named “blue zones” after the Belgian demographer Michel Poulain and the Italian doctor Gianni Pes discovered a population with such features in the region of Barbaglia (Sardinia, Italy), and they marked out the area with blue ink.

Gym memberships spike in January. We then spend months wasting money on them and feeling guilty. Gold’s Gym, a fitness chain, even uses falling check-in data to identify the day when resolutions fail. They call it the Fitness Cliff—and it’s normally sometime in early February. The problems with joining a gym as a New Year’s resolution are manifold. Changing and forming habits is hard to maintain when the new habit is a radical departure from your old ways.

Here Are the Secrets to a Long and Healthy Life

Diet is the key to longevity—but also sex, naps, wine and good friends.

How To Live To 100 - Nine Healthy Habits

How do they do it? Forget fad diets, crazy workouts and syrupy self help cliches. The world's longevity all-stars practice simple, common-sense habits as a natural part of their daily routine. We think of these habits as the Power9...

The island of long life

On the Greek island of Ikaria, life is sweet… and very, very long. So what is the locals' secret?

The Lovely Hill: Where People Live Longer and Happier

In one idyllic community in southern California, Adventists live 4 to 7 years longer -- and more healthily and happily -- than the rest of the country. A look at their diet, lifestyle, and philosophy.

Why Isn’t Boston a Blue Zone?

Year after year, Boston ranks near the top in many health and fitness categories, yet the city is nowhere close to the Holy Grail of aging.

Wine, beans and family: Sardinia's secrets to living to 100

If you’re hoping to live to 100 and beyond, you might consider becoming a shepherd. It’s not so much about the sheep, but the miles and miles of daily walking you’d do as part of the job that could help you live a longer and healthier life — like the people who live on the isolated Italian island of Sardinia.

What The 'Blue Zones' Can Teach Us About Living Longer

How long we will live is one of life's great unknowns, but many Americans are leading healthier lifestyles. Medical advances, too, have increased longevity. The overall improvements in life expectancy are pretty amazing, particularly when you look at how long people live compared with the past 100 years or so.

'Blue Zones': 6 secrets to borrow from people who live the longest

So what’s the secret? Why do people in these places, despite their striking cultural differences, share the likelihood of sailing into their 90s and beyond, often eluding heart disease and even cancer?

These cultures have uncovered the secrets of longevity.

Don't live in a place that resembles a Blue Zone but eager to make some changes? Here are some of the conclusions Dan Buettner, author of "The Blue Zones," came to about the strategies people can take wherever they are.

It’s time to start dreaming about a well-being way of life, and picture the best possible version of yourself and the community you call home. With your support, the Blue Zones Project can help make this dream a reality. Small changes to your environment over time can have a big impact on your well-being and your community’s for many years to come.

We are on a mission to help people Live Longer, Better.