Besides its nutritional perks, teff has a great sustainability story - Melaina Juntti 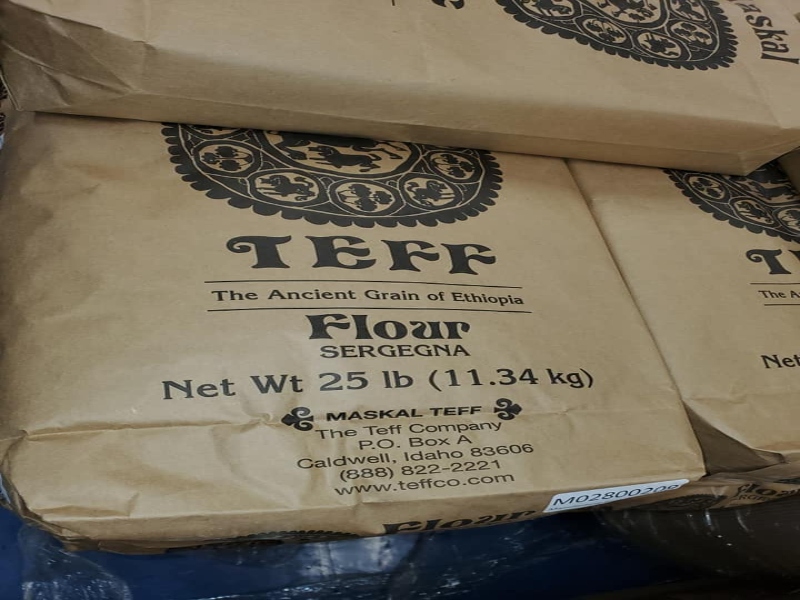 Is Teff the New Super Grain?

When Laura Ingalls, an avid runner from Boston, found out after a routine blood test that she was iron-deficient, she turned to the kitchen instead of the medicine cabinet: She started eating teff.

A grain the size of a poppy seed that hails from Ethiopia, teff is naturally high in minerals and protein. Ms. Ingalls started baking with it, cooking with it, and using it to make hot cereal with coconut oil. Now she loves it so much that she doesn’t run a race without it.

“Teff is like a runner’s super food,” she said. “It’s great as a pre-race meal. It’s high in iron and it’s a whole grain so it provides a slow release of energy, which is exactly what I need.

Teff, the Superfood You Should Be Eating

All ancient grains — quinoa, farro, millet — are terrific sources of plant-based protein, fiber, minerals, and slow-digesting carbs. But it’s one of the tiniest and most unsung of these grains that packs perhaps the mightiest nutritional punch: teff.

"Understanding this massive genetic diversity within teff opens up a huge possibility to breed new climate-resilient varieties naturally, within a shorter timeframe of 5-10 years, compared with hundreds of years in the wild," Fadda said.

The Truth Behind Teff, the West's Latest Superfood Crush

The West loves nothing more than a new food craze, especially one that's supposed to be insanely good for us. The newest "superfood" fad? Teff, a grain from Ethiopia that's gluten-free, rich in nutrients, and already endorsed by celebrities.

Ethiopia needs to improve production of its “golden crop” Teff. Here’s how

Teff is in demand because it has various health benefits and unique nutritional contents. It’s high in fibre and rich in iron, calcium, magnesium, protein, and amino acids. But what’s really contributed to its enormous popularity, particularly in Europe and the US, is that it’s gluten free. This means that it appeals to athletes, diabetics, coeliacs and others who seek a gluten-free diet.

The seeds of a teff plant -- which look similar to wheat -- are tiny in stature, but they pack a nutritional wallop. Relatively new to the U.S., teff has long been a superfood in East African -- specifically Ethiopia -- as a staple food crop rich in fiber.

How Terrific Is Teff?

For being such a small whole grain, teff makes a big, nutritious impact. The high starch content in teff makes it an acceptable source of carbohydrates if substituted for wheat or teffother cereals. Teff is also an excellent source of fiber, protein, calcium, iron, zinc, magnesium, copper, and phosphorus.

Move over quinoa, Ethiopia's teff poised to be next big super grain

Rich in calcium, iron and protein, gluten-free teff offers Ethiopia the promise of new and lucrative markets in the west.

The East African “miracle grain” that could become the next quinoa

There’s a huge business opportunity hiding in the fields of East Africa. Teff, a golden, wheat-like grain, has quinoa-like potential. It’s gluten-free, and boasts all kinds of highly marketable health traits that have made quinoa such a hit in countries like the United States: high in calcium, protein, iron, and amino acids. Teff even helps keep blood sugar levels steady, making it ideal for diabetics.

The Richness of Teff

“Although many gluten-free products are made with refined starchy flours, like potato and white rice, they aren’t required to be enriched or fortified by the FDA, leaving those on a gluten-free diet susceptible to nutrient deficiencies,” Toups says. “But teff flour is a nutrient-rich alternative to many gluten-free flours on the market today, providing more selenium, calcium, and other nutrients. Seeking out recipes and products that incorporate teff and other gluten-free whole grains is a great way to sneak in valuable vitamins and minerals that gluten-free diets may be lacking.”

What is Teff? What to Know About This Gluten-Free Ancient Grain

If you’ve never heard of teff, you’re not alone. The Ethiopian gluten-free grain was banned for exportation by the Ethiopian government in 2006 because its rising popularity raised worries about a shortage—farmers couldn’t keep up with demand. Since the ban was lifted in 2015, it’s been popping back up in supermarkets around the world.

Will Ethiopia's teff be the next 'super grain'?

Yet despite praise for teff's nutritional properties, its previously sheltered existence in Ethiopia comes with a drawback. "Teff does not give much yield," says Zerihun Tadele, an Ethiopian researcher at the Institute of Plant Sciences at the University of Bern, Switzerland. "Very little research and investment has been done on the crop."

Is Teff the New Super Grain?

The growing interest in teff is part of an increasing consumer desire for so-called ancient grains like farro, quinoa, spelt, amaranth and millet. Health-conscious consumers have been gravitating to these grains because they’re nutrient dense and have not been genetically modified.

Cooking with ancient flours and grains is appealing for a number of reasons, not the least of which is their heritage health factor. Flours that ancient people have been using for thousands of years often come with a number of health benefits that give us a little something extra from standard modern wheat flour.