Immortal amaranth, a flower which once In Paradise, fast by the Tree of Life, Began to bloom, but soon for Man's offence, To heav'n remov'd, where first it grew, there grows, And flow'rs aloft shading the fount of life - John Milton 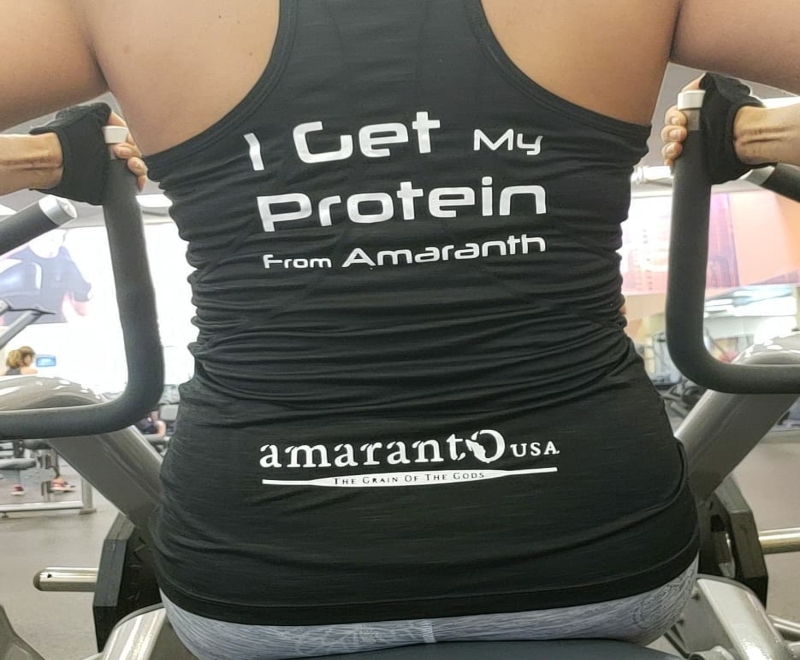 image by: Amaranth -The Grain of the Gods

The Aztecs Once Revered It. Will You Fall For Amaranth, Too?

If the popularity of quinoa has taught us anything, it's that Americans are increasingly open about exploring grains besides the familiar wheat and rice. Now, researchers at Tennessee State University are hoping consumers are ready to give another ancient grain a try: amaranth.

Amaranth was revered by the Aztecs in Mexico. Today in the U.S., it's mostly grown in people's backyards or on research farms, like an experimental field at Tennessee State University.

Some of the amaranth there looks like corn with a colorful, flowery plume on top. Others are more like shrubs. Matthew Blair, an associate professor at TSU, is leading a team of researchers in evaluating dozens of varieties.

Amaranth tastes as good as it looks

SCIENTISTS have rediscovered an ancient, highly nutritious grain that once sustained the Aztecs but has lain in agricultural obscurity for nearly 500 years. The grain, from a large and especially beautiful group of plants known collectively as amaranth, was all but obliterated by the Spanish conquerors who destroyed the Aztec empire in 1521.

Amaranth is estimated to have been domesticated between 6,000 and 8,000 years ago, and was a staple food crop of the Aztec's. The common name, amaranth, represents over sixty different plant species called amaranthus.(1) The amaranth plant is a full, broad leafed plant that has vibrant colors. Amaranth's name comes from the Greek name, amarantos, meaning "one that does not fade." This is due to the plant retaining its vibrant colors even after harvesting and drying. The amaranth plant can contain up to 60,000 seeds. Amaranth is gluten-free and it contains about thirty percent more protein than rice, sorghum, and rye.(2) Amaranth flour can be made from the seeds and is a excellent replacement for those suffering from celiac disease or gluten sensitivity.

If you’re on the lookout for gluten-free grains that pack a nutritional punch, you’ll definitely want to try amaranth. The grain is gaining popularity today because of its startling health benefits. It has an earthy and nutty flavor, helps you to feel full because of its fiber content, and like quinoa, serves as an excellent source of protein.

Amaranth was a staple of the Aztec diet and is described as a “superfood” in part because of its high protein content and well-balanced amino acid profile. In terms of nutrient content, amaranth surpasses many staple crops such as rice, corn, and wheat.

Exploring the potentials of underutilized grain amaranth (Amaranthus spp.) along the value chain for food and nutrition security: A review

Amaranthus caudatus. This specie of amaranths just like the previous two is grown mainly for its grain. It is food crop cultivated in some part of Argentina, Peru, and Bolivia. Studies done so far indicated that Amaranthus caudatus has an excellent nutritional profile with high level of protein, minerals and fat as compared to the commonly utilized cereals.

Is Amaranth Safe to Eat?

The seeds (grains) of the amaranth plant have been used for thousands of years, particularly in Central America and Mexico. It is currently cultivated and consumed in many parts of the world. Although many varieties of amaranth are considered weeds, some varieties are cultivated for using the plant’s leaves, roots, and cereal grains for food and medicinal purposes. When consumed as food, amaranth is likely to be safe. However, how safe it is to be used as a medicine is still unknown.

Once as popular as corn in Mexico, Amaranth’s recent revival has been touted as part of the solution to Mexico’s obesity problem. Native to Oaxaca, amaranth is a hardy weed that produces high-protein, high-fiber, gluten-free seeds, as well as tasty leaves. It can be used as a cereal, as a rice or pasta substitute, in pudding or as a protein-packed popped snack. But with sales already soaring, international consumers could gobble up one of Mexico’s best routes to healthier diets for its citizens. As a result, farmers have held off on exports and are focusing on local consumption, for now.

What will be the next quinoa? That’s up to you. The typical Western diet—heavy on meat, starch, and sweets—is taking over the world. From Mexico to China, changes in what people eat are driving up rates of obesity, heart disease, and diabetes.

Rethinking a Weed: the Truth about Amaranth

Amaranth seeds have a protein content of about 16 percent, more than other widely consumed cereals like conventional wheat, rice or maize, according to a book on the topic by the US National Research Council. Amaranth’s protein digestibility score is an impressive 90 percent, much higher than problematic foods such as soy, milk and wheat. Amaranth seeds contain 5 percent to 9 percent high-quality oil, again, much higher than the common grains. Found in the amaranth oil are tocotrienols — a relatively rare and very beneficial form of vitamin E — and squalene, another rare compound reported to have anti-cancer properties.

Why Mexican Chefs, Farmers And Activists Are Reviving The Ancient Grain Amaranth

High in protein and other nutrients, amaranth is also drought-resistant and profitable, netting local farmers three to five times the profit of other locally grown grain crops.

The Aztecs Once Revered It. Will You Fall For Amaranth, Too?

If the popularity of quinoa has taught us anything, it's that Americans are increasingly open about exploring grains besides the familiar wheat and rice. Now, researchers at Tennessee State University are hoping consumers are ready to give another ancient grain a try: amaranth.

13 Health Benefits Of The Superfood Amaranth

Amaranth or amaranthus caudatus is considered a weed by much of the world, but it has been grown as a grain-like seed and vegetable for thousands of years. The Aztecs used it as a staple and even included it in their religious rituals. It has about the same yield as many other commonly used grains like rice and a similar nutritional value to quinoa, which makes it a plant well worth looking into.