Where in health am I? : Home / Health Cloud / StaynHealthy / Eat / Food / Ultra-Processed Food

It’s cheap, attractive and convenient, and we eat it every day – it’s difficult not to. But is ultra-processed food making us ill and driving the global obesity crisis - Bee Wilson 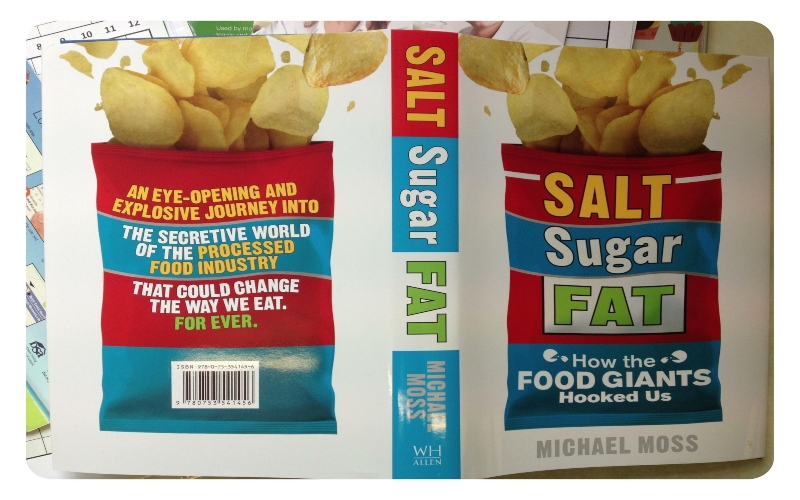 Processed foods are a much bigger health problem than we thought

The case against processed food just keeps getting stronger. But, amazingly, we still don’t understand exactly why it’s so bad for us. In two papers published in the BMJ in May 2019, the more ultraprocessed — or industrially manufactured — foods a person ate, the more likely they were to get sick and even die. In one study, they were more likely to suffer from cardiovascular problems. The other linked an ultraprocessed diet to a higher risk of death from all causes.

Those studies followed a first-of-its-kind randomized controlled trial, out of the National Institutes of Health: Researchers found people following an ultraprocessed diet ate about 500 more calories per day than those…

Author Michael Moss Exposes How the Food Giants Hooked Us

Have you ever snacked on a bag of salty, crunchy chips and gotten the feeling that you just couldn’t stop? You’re not alone. That irresistible sensation is completely by design. It’s just one of the ways the processed food industry tempts us to eat more of “the food we hate to love,” as author and journalist Michael Moss illuminated...

How ultra-processed food took over your shopping basket

It’s cheap, attractive and convenient, and we eat it every day – it’s difficult not to. But is ultra-processed food making us ill and driving the global obesity crisis?

Unhealthy Foods Aren’t Just Bad For You, They May Also Be Addictive

Food researchers debate whether highly processed foods like potato chips and ice cream are addictive, triggering our brains to overeat.

People who followed a diet of ultra-processed foods ate about 500 more calories a day compared to when they ate a whole foods diet.

With a deluge of recent headlines linking processed foods to obesity, chronic diseases and cancer, their status as society’s modern scourge seems assured. But are we wise to view all processed foods with equal disdain? These foods range from the minimally processed – frozen vegetables, plain yogurt and dried fruit – to the ultra-processed – crisps, sauces, soft drinks and sausages. We think of this latter group as a product of modern society, and yet there are references to sausages, for example, in Homer’s Odyssey, and during Roman Emperor Nero’s rule in AD 54 to AD 68.

Give Processed Food a Break

In this age of culinary enlightenment, consumers are asking more questions than ever about what we eat. Many of us want food that comes with edifying stories—organic farming, sustainable fishing, artisanal cheesemaking—and shun the processed products of the global food industry. But we should reconsider our disdain for processed food, not least because it’s impractical.

Which ultra-processed foods are good for you?

Heavily processed convenience foods are things we love to hate and hate to love. But are some ultra-processed foods actually good for us?

Across The Globe, Our Diets Are Making Us Sicker, Report Finds

In fact, the sale of processed foods is growing at the fastest rate in developing countries, the report finds. "Income is sort of a double-edged sword. It allows us to buy healthy stuff and also unhealthy stuff," says Haddad.

As consumption of ultra-processed foods has increased, so has the prevalence of conditions like obesity and diabetes.”Of course, this does not prove that ‘A’ is causing ‘B’,” said researcher Carlos A. Monteiro, a nutrition professor at the University of Sao Paulo in Brazil. “But excessive content of free sugars in ultra-processed foods is a good candidate to explain why ‘A’ could cause ‘B’.”

Whether it’s potato chips or air-popped organic corn puffs, “smart” frozen entrées or conventional frozen versions, these products are doing way more good for the companies producing them than they’re doing for us.

Walk down the aisles of your nearest grocery store, and you’ll experience a colorful kaleidoscope of the modern food system—featuring packaged goods from breakfast cereals to potato chips, cookies, and sausages. These foods are tasty and omnipresent, and they could be killing us.

When people ate a highly processed diet, they ate about 500 more calories per day than they did on the less-processed diet. They also gained about two pounds over the course of two weeks on the ultra-processed diet—and lost about the same amount on the unprocessed diet.

Dealing Coke to customers called "heavy users." Selling to teens in an attempt to hook them for life. Scientifically tweaking ratios of salt, sugar and fat to optimize consumer bliss. In his new book, Salt Sugar Fat: How the Food Giants Hooked Us, Pulitzer Prize-winning journalist Michael Moss goes inside the world of processed and packaged foods.

In defence of ‘ultra-processed’ foods

Decades ago, hours of cooking was required to prepare three meals a day for a family of four and, of course, women were largely responsible. Processed foods have allowed the same family to accomplish the same task in exponentially less time. In order words, the narrative suggesting that ultra-processed foods should be outlawed completely overlooks the contribution that food science has made for more than a century now.

Over the past 70 years, ultra-processed foods have come to dominate the U.S. diet. These are foods made from cheap industrial ingredients and engineered to be super-tasty and generally high in fat, sugar and salt. The rise of ultra-processed foods has coincided with growing rates of obesity, leading many to suspect that they've played a big role in our growing waistlines. But is it something about the highly processed nature of these foods itself that drives people to overeat? A new study suggests the answer is yes.

Popkin says the take-home message for consumers is, "We should try to eat as much real food as we can. That can be plant food. It can be animal food. It can be [unprocessed] beef, pork, chicken, fish or vegetables and fruits. And one has to be very careful once one begins to go into other kinds of food."

Opinion: Why Ditching Processed Foods Won't Be Easy — Barriers To Cooking From Scratch

"Eat food. Not too much. Mostly plants," Michael Pollan, one of America's most influential food writers, famously advised more than a decade ago. This pithy advice is perhaps the clearest distillation of a food philosophy that is so intuitive that it has become ubiquitous. To fix the problems in the food system, we need to consume whole, fresh foods grown on a farm rather than the engineered pseudofoods that populate the interior aisles of supermarkets.

To understand how healthy a food is, we generally look at its components – carbohydrates, fats and proteins, or the vitamins, minerals and other substances it may contain. But this purely “nutritional” vision overlooks one property that’s a key part of a food’s health potential – its structure. For example, serving a child a breakfast cereal made up of whole wheat or rice may seem like a good idea, but research shows that processing can significantly impact its nutritive qualities.

Unfortunately, these foods are terrible for our health. And we’re eating more of them than ever before, partially because of aggressive marketing and lobbying by “Big Food”.

The road to Alzheimer’s disease is lined with processed foods

For Alzheimer’s, as with cancer—but also as with other conditions like heart disease and diabetes—much of the risk is related to behavioral and lifestyle factors. The consensus among scientists is that over one third of all Alzheimer’s cases could be prevented by improving our lifestyle. This includes ameliorating cardiovascular fitness, keeping our brains intellectually stimulated, and perhaps most of all: eating better.

What is ultra-processed food and how can you eat less of it?

Our dietitian helps you avoid the stuff that’s harming your health.

Why Is There So Much Salt in Processed Foods?

Because salt is delicious.

You probably know that you should give up processed foods, but you’re afraid to start on a diet devoid of processed foods because the damage is done. That’s not the case though. It is never too late to make the switch and submit to living a healthier lifestyle. Some of the benefits of giving up processed foods can be experienced by your body almost instantly:

Like crack, refined sugars and added fats are capable of creating a surge in our brains’ reward system unlike anything that the natural world can create.

Processed foods are a much bigger health problem than we thought

They’ve been linked to disease and overeating. Could our microbiome explain why?

With processed food being linked to cancer, global headlines are once again questioning the health consequences of convenience foods. Nicola Temple, author of the book Best Before, offers some often-overlooked context for the food we love to hate.