Where in health am I? : Home / Health Cloud / StaynHealthy / Eat / Food / Superfoods / Quinoa

It wasn't there, and then it was everywhere - Jonathan Milder 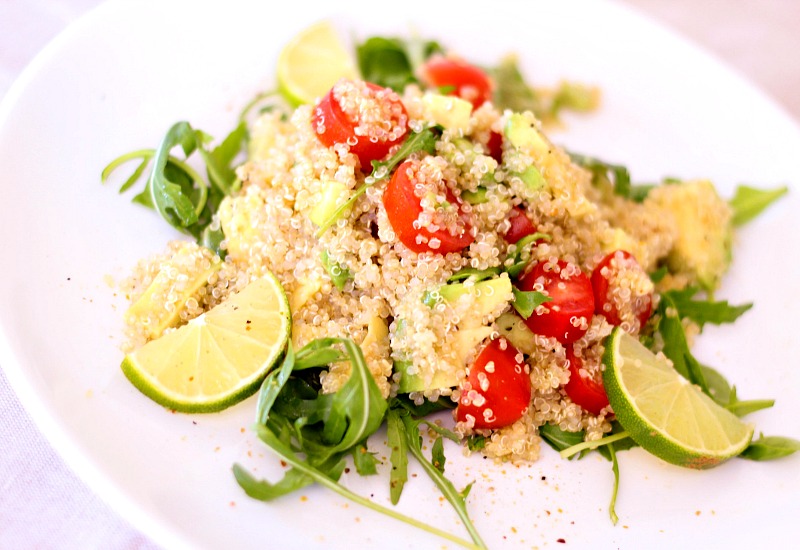 In praise of quinoa

PEOPLE are funny about food. Throughout history they have mocked others for eating strange things. In 1755 Samuel Johnson’s dictionary defined oats as “a grain, which in England is generally given to horses, but in Scotland supports the people”. Nineteenth-century Japanese nationalists dismissed Western culture as bata kusai, or “stinking of butter”. Unkind people today deride Brits as “limeys”, Mexicans as “beaners” and French people as “frogs”.

And food-related insults often have a political tinge. George Orwell complained that socialism was unpopular because it attracted “every fruit-juice drinker, nudist, sandal-wearer [and] sex-maniac…in England”. In many countries today, politicians…

According To Google, The Other Superfoods Have Got Nothing On Quinoa

When the world turned its back on gluten, quinoa (which is gluten-free) was right there waiting for the spotlight. According to Google Trends, quinoa’s star just keeps soaring.

Grown in the Andes for thousands of years, the "mother grain of the Incas" was an obscurity in the U.S. until it was discovered by foodies who feted it as a superior alternative to bulgur wheat, couscous and rice. Though it often occupies a similar role to these grains, quinoa is actually a chenopod, in the same family as beets and chard.

Quinoa Is the New Big Mac

High sodium and fat content, which are associated with heart disease, may counteract some of the health benefits of the vegetable-rich quinoa bowls. But Friedberg is more interested in the grain’s planetary benefits.

Quinoa also has gotten a boost from the gluten-free boom that took hold late last decade. Though technically not a grain, its seeds can be served like rice or made into flour for pasta. But it doesn't contain the gluten proteins that many consumers now are trying to avoid.

Quinoa vs brown rice– Which is healthier?

Quinoa is certainly nutritious, but it has also gained a lot of popularity of late. You will find quinoa at any grocery stores, at super markets and even restaurants. On the other hand, the brown rice did not have its share of fame; no one has marketed it as a superfood. But before you think of making a switch to quinoa from brown rice, nutritionist Urvashi Sawhney breaks down the nutrient content of these grains for you.

Harvesting the popular crop can be backbreaking work and the rewards aren't always guaranteed for Bolivia's farmers.

Turns out, there’s a lot to know about these tiny seeds that are technically pseudo-cereal grains. But you can informally refer to quinoa as a grain.

So THAT’S Why You Should Be Eating Quinoa

This South American grain took our grocery stores by storm because it’s been heralded as a superfood, but do you know why? It’s pretty simple, really — there are four main reasons.

Why the price of quinoa has fallen

The soaring price transformed global production, prompting a large increase in supply, which ultimately pricked the quinoa price. The existing farmers increasingly used their quinoa crop to sell, and new growers were tempted in, from agribusinesses switching over their crops, to taxi drivers from La Paz growing some as a side business. Even European farmers started getting in on the action. Today more than 50 countries around the world are growing it. Bolivian producers lost their price-setting power.

In praise of quinoa

The spread of exotic grains is evidence that globalisation works.

5 Things to Know About Quinoa

Quinoa’s popularity stems from its reputation as a “complete” food. It has a protein content of about 15 percent, and a balance of important amino acids, magnesium, calcium, and other minerals and vitamins.

7 Benefits Of Quinoa: The Supergrain Of The Future

Quinoa dates back three to four thousand years ago when the Incas first realized that the seed was fit for human consumption. According to WHFoods quinoa “was the gold of the Incas” because they believed it increased the stamina of their warriors. The Quinoa Corporation calls quinoa the “Supergrain of the Future.”

Good for you; hard to pronounce. That’s about all we knew about quinoa before trying to discover more. Sure, it’s a “Superfood,” but like any beloved superhero, they have a compelling backstory. From the origins of its name to space travel, learn about this mysterious grain (or is it really a grain?!).

Named, “Quinoa Sisters” by the media, the name has stuck! We’re known for helping to start the quinoa craze in North America with the bestselling book Quinoa 365: The Everyday Superfood. BUT we do a whole lot more than just quinoa!