Paleo is a logical framework applied to modern humans, not a historical reenactment - Evolvify 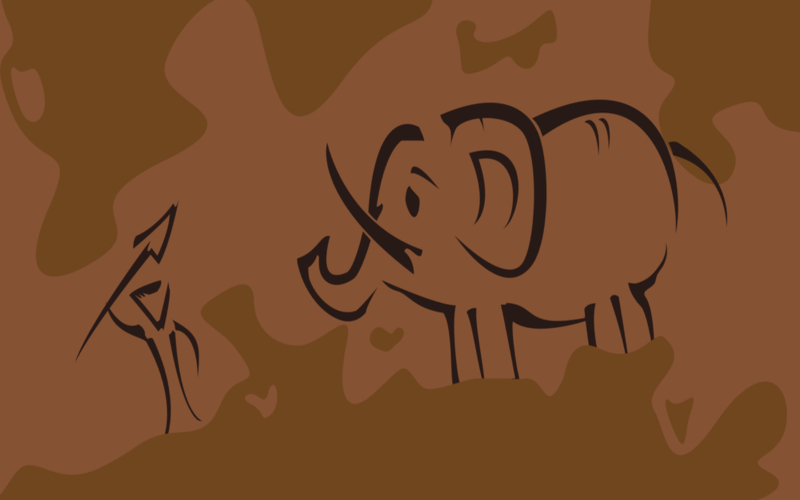 4 Things You Should Know About the Paleo Diet

The Paleo diet has been promoted as the optimal diet, offering the eater a plethora of benefits including weight loss, disease prevention, and improved health. It is designed to mimic what our hunter-gatherer ancestors ate and includes grass-fed meats, nuts, seeds, eggs, fruits, vegetables, and some oils. Foods to avoid on the diet include all grains, cereals, dairy, beans, and potatoes, as well as processed foods, sugar, salt, and refined oils.

It is well known that cutting out refined foods, sugar, and added salt will benefit your health. But the benefits of the other aspects of the Paleo Diet, in particular the large percentage of animal products consumed, are less cut-and-dry.…

A meaningful diet resolution might be to eat more sustainably.

What Paleo diets get wrong: We're not evolved for meat, and our ancestors ate carbs

By now, you're probably familiar with the theory of "caveman eating." Over the past 10 years, the Paleo diet has endured in popularity, grabbing attention not only from POTUS wannabes but also celebrities, sports stars, and everyone who has ever taken a CrossFit class. Here's what you need to know about the diet that just won't go away.

Confessions of a Paleo Diet Pioneer

Anthropologists know that people obsess about diet. Kosher and halal diets are about discipline, not health. Hundreds of millions in India never let flesh cross their lips. All of these strategies—low-carb paleo diets, too—seem to be compatible with life and health. Within these bounds, pick your poison. With care, you can extend your life—but as far as I know, nobody lives forever.

The Paleo diet for vegetarians.” At first glance, it seems like a contradiction in terms. The Paleo diet is everywhere these days. Four Hour Workweek author Tim Ferriss does it. Former pro Ironman triathlete Mark Sisson promotes a variant of it in his book, The Primal Blueprint, and on his blog. And it’s the diet prescribed in the Rebel Fitness. But the Paleo diet is by no means veggie-friendly. It’s heavy on the protein and fat, and as we’ll see, most of the common vegetarian sources of protein are off limits. Does that mean you can’t be a Paleo-vegetarian? I don’t think so.

How to Really Eat Like a Hunter-Gatherer: Why the Paleo Diet Is Half-Baked

We are not biologically identical to our Paleolithic predecessors, nor do we have access to the foods they ate. And deducing dietary guidelines from modern foraging societies is difficult because they vary so much by geography, season and opportunity.

I Went Paleo and Now I Hate Everything.

Recently, I went pseudo Paleo. I say pseudo, because, like most things in my life, I’ve jumped in headfirst without putting any thought or research into it (this is also how I ended up taking a workout class called “Insanity.” Afterwards, I was drooling and delirious. So I guess it delivered).

Is a Paleo Diet Healthy?

But does the path to weight loss and better health lie in eating like our hunter-gatherer ancestors, eschewing grains, dairy products and the other foods of the modern agricultural era in favor of protein, nonstarchy vegetables and healthy fats such as coconut oil? That’s what advocates of a paleo diet say. Government health experts in Washington, though, seem to disagree.

The celebrated food author dishes on how to eat well: less meat, more microbes, and cook it yourself.

Paleo for a Shrinking Planet?

There are two fundamental problems with the Paleo diet, regardless of the intervention trial evidence, and no matter our adaptations to it. We may term them: (1) the pastrami problem; and (2) the population problem.

Paleo vs Keto Diet: Which One Is Right For You?

When it comes to burning fat more efficiently, accelerating weight loss, and living an all-around healthier lifestyle, two diets have been on the radar of health enthusiasts: the Paleo diet and the Ketogenic diet. While both diets include many of the same foods and have overlapping similarities and benefits, each has a different purpose. Let’s take a look at how the Paleo vs Keto diets measure up against one another, which one is right for you, and why.

This Paleolithic diet is very different from the one imagined by today's would-be cavemen.

The Paleolithic (Paleo) diet, also called the "Caveman" or "Stone Age" diet, centers around the idea that if we eat like our ancestors did 10,000 years ago, we'll be healthier, lose weight and curb disease...

The idea is to live off what our ancient ancestors ate, back before foods like pizza or french fries entered the world. But researchers now think our ancestors ate a carbohydrate-rich diet that provided the energy to evolve bigger brains.

How the Paleolithic life style got trendy.

The 5 Stages of Going Paleo

Anyone that has ever done a Paleo challenge (or just dove in head first like me... not my finest moment) will tell you how amazing you will feel and how great it is, but I have never been one to sugar coat things.

The Original Paleo Diet Was Full of Carbs

In another blow to the idea that our paleolithic ancestors solely survived on berries and gazelle steaks, a new study argues that humans developed their big brains precisely because we ate starches.

Meat, vegetables, and nuts might be the foods humans evolved to eat—or they might just be an Atkins diet in disguise.

The Pros and Cons of the Paleo Diet

You've probably heard about the Paleo diet; maybe you've even tried it. The "primal eating" trend is everywhere. Paleo, of course, encourages us to eat like our ancient ancestors did. The concept is this: Humans evolved on a diet very different from today's eating habits. Therefore, the Paleo proponents argue, to be healthier, leaner, stronger and fitter, we must re-think our diet and remove some of the food groups we consider basic. Promising everything from fat loss to more energy and clearer skin, Paleo certainly has appeal. But what is Paleo really? Is it a diet worth trying?

The Real Paleo Diet Included Plants And Not Just Meat

Studying dental plaque has become a popular research method in the last couple of decades because of the direct evidence it can give researchers about the specific foods a person ate. The Qesem dental plaque revealed starch granules and also chemical compounds common to seeds and nuts. Additional recovered plant fibers could mean these people were processing raw materials or even using toothpicks for oral hygiene. Together, they are the first direct evidence that hominins were eating plants in the Lower Palaeolithic period.

Why I am a Pegan – or Paleo-Vegan – and Why You Should Be Too!

So what’s an eater to do? I vote for being a Pegan or Paleo-Vegan, which is what I have chosen for myself and recommend for most of my patients. Keep in mind that most of us need to personalize the approach depending on our health conditions, preferences and needs. What is a Pegan? Well since I just made it up, I guess it’s up to me to define...

4 Things You Should Know About the Paleo Diet

It is well known that cutting out refined foods, sugar, and added salt will benefit your health. But the benefits of the other aspects of the Paleo Diet, in particular the large percentage of animal products consumed, are less cut-and-dry. And they have the potential to impact much more than your health.

We’re here to give you the tools to move better, eat smarter and live the best version of yourself. On Paleohacks, you’ll discover realistic advice about your health, easy recipes with real food, and exercises focusing on natural movement. What you do with that knowledge is up to you.

Achieve optimal health on the Paleo diet with weekly meal plans and shopping lists, hundreds of delicious recipes, and super-effective bodyweight workouts you can do from home.

The world’s healthiest diet, is based upon the fundamental concept that the optimal diet is the one to which we are genetically adapted. The therapeutic effect of The Paleo Diet is supported by both randomized controlled human trials and real-life success stories.

My Problem With the Paleo Diet

Many diets (including the vegetarian Rice Diet) have shown equally robust short-term benefits–the Achilles’ heel is the failure to show long-term benefits. And there is little evidence that a Paleo diet is any better than simply just eating fewer calories.

A half-year after switching to a Paleo approach to nutrition, I started this blog to chronicle my culinary adventures. Since the fall of 2010, I’ve been regularly posting recipes and photographs of my meals, and writing about how to stay Paleo when eating out. I offer kitchen tips and review my favorite cooking gadgets. I’m all about the lazy, so I’m always looking for shortcuts to deliciousness.

Eat perfectly without thinking about it, No more grocery shopping, preparing food or cooking, Plans are flexible to accommodate dietary preferences, Skip a day or cancel at any time, All plans can be customized to weekdays only or 7 days a week.

With Paleo Grubs, you will discover delicious Paleo recipes, learn what you can and canno't eat, and get helpful tips so you can enjoy the paleo diet, not just survive it.

We strive to bring you the most accurate information, in a format that’s easiest to comprehend and integrate into your own life. We really believe that anyone can improve their health and well-being tremendously with simple diet and lifestyle changes and we think that health is key to a happy and fulfilled life.

The first, and only, print magazine dedicated to the Paleo lifestyle and ancestral health!

Eating right and living well, just like you were designed to do!