You really can lose fat by eating fat, as long as you do it right - Rachel Hosier 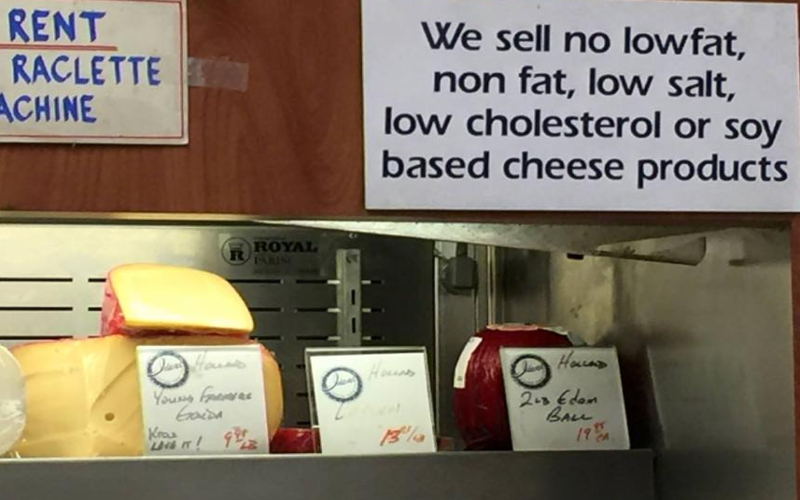 Is a high-fat diet the secret to burning fat?

Butter, double cream, avocado - some of the richest, most delicious foods in the worlds are also the highest in fat. But does that also mean they’re the most fattening? According to current wisdom, no.

This is a stark contrast from the consensus of even just 10 years ago, when we were all told to shun fat and supermarkets responded with shelves upon shelves of fat-free products.

In fact, the NHS still warns against having too much saturated fat in your diet because it raises cholesterol levels which can cause heart disease - the UK guidelines are no more than 30g saturated fat per day for men, and 20g for women.

But this seems to be behind recent research and current…

High-Fat Is Healthy, If It's Part Of A Mediterranean Diet, Study Finds

Finally, fats aficionados officially have license to eat “a lot” of the stuff, according to a new study–if the fats are of the healthy, unsaturated varieties, that is.

Low-Carb, High-Fat Is What We Physicians Eat. You Should, Too

We have adopted this diet for ourselves and our families, for health and well-being reasons. And we continue to eat this way because we love what we eat.

To some, the word 'fat' conjures up a heart attack; to others, it may be the key to healthy living. The question is among the most important and controversial in all of medicine: Can a diet that has bacon at its centre, and shuns whole grains, actually be the key to a healthy waistline? Journalist Gary Taubes and a spate of doctors claim it is. So why won't the medical community accept their findings?

What You Need to Know About a High-Fat Diet

When discussing high-fat diets, it is important to discuss the popular ketogenic diet, which has been shown to be beneficial in several chronic illnesses. There are limited studies reviewing the ketogenic diet’s influence on the microbiome, especially compared to other diets.

Ever since fat was demonized, people started eating more sugar, refined carbs and processed foods instead. As a result, the entire world has become fatter and sicker. However, times are changing.

Every morning, British cardiologist Dr. Aseem Malhotra stirs one tablespoon of butter and one tablespoon of coconut oil into his coffee. While it may not sound appetizing, the concoction — also known as “bulletproof coffee” — is popular among people who follow high-fat diets and modeled after yak-butter drinks consumed in Tibet for centuries. The combination, says Dr. Malhotra, gives him energy and “keeps me pretty full.” There are not many cardiologists who embrace butter and coconut oil as health foods. But Dr. Malhotra rejects the decades-old mantra that eating foods rich in saturated fat causes heart disease, and he has been leading a campaign to change public opinion about fats, sugar and what constitutes a healthy diet.

Obesity is linked to prostate cancer, scientists know, but it’s not clear why. On Monday, researchers reported a surprising connection. When prostate cancers lose a particular gene, they become tiny fat factories, a team at Beth Israel Deaconess Medical Center in Boston reported in a paper published in Nature Genetics.

For years, decades even, we've been fed the lie that the best way to control calories and shed fat is to cut fat from our diet. Since fat contains more calories per gram than protein or carbs, it only makes sense that, in order to lose fat, you need to consume less of it, right? Wrong.

I lost weight by eating lots of bacon and cream. Here's a scientific explanation for why.

To be sure, there was a purpose to my bacon vacation. I wanted to test the limits of a growing divide between nutritionists on the benefits of fatty foods. Since the 1960s, conventional diet lore has demonized cream and fat as the culprit in America's obesity epidemic. Yet in recent years, a counter-revolution in the top rungs of the medical establishment, including the Harvard School of Public Health, have begged Americans to return to the naturally fatty diets of our ancient ancestors, who did not suffer from modern heart disease.

The Truth About High Fat Diets

Does Eating Fat Make You Oxidize More Fat for ATP? The short answer is yes, your body adapts quite quickly and robustly to the types of foods you consume. If you eat a low-carb, high-fat diet your body will start using more fat for fuel.

Why Eating a High-Fat Diet Isn't for Me

There are benefits and downsides to eating high-fat. There are healthy fats, and there are less-healthy fats. As with most diets and ways of eating, the best thing to do is to figure out what’s right for you. “We need to move the conversation away from the idea that there’s one right amount of fat to eat. There’s not,” Duker Freuman says. “There are a lot of healthy and different diets out there.” When it comes to fat, try and stick to healthier ones and up your intake slowly. It’s all about listening to your body.

Is a high-fat diet the secret to burning fat?

Butter, double cream, avocado - some of the richest, most delicious foods in the worlds are also the highest in fat. But does that also mean they’re the most fattening? According to current wisdom, no.