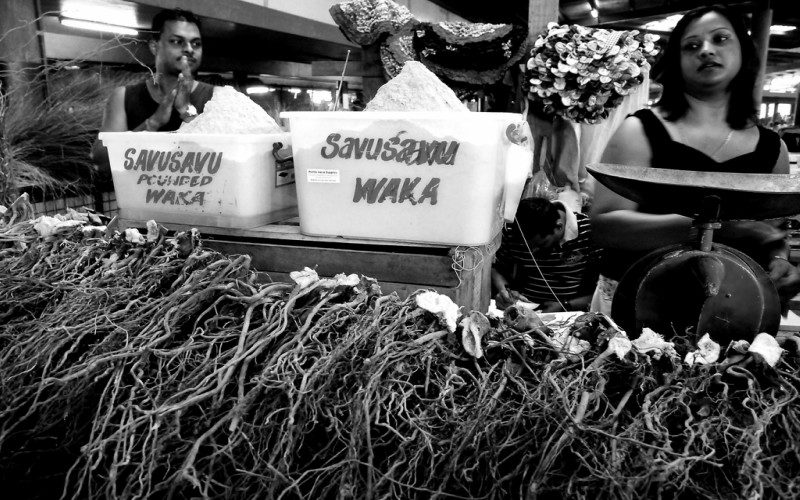 For centuries, Pacific Islanders have been drinking kava, a physioactive "tea" of sorts made from the root of a plant in the pepper family. A variety of kava species grow across the islands, some more potent than others. But their basic effect, when ground and mixed with water, is the same: to relax you.

Kava roots contain a mix of stress-fighting compounds called kavalactones, which act on the nervous system to various sedative and numbing affects. Drink a cup of kava and your lips and tongue will go numb and your muscles will relax. Depending on how much you drink, and how potent the brew, that feeling will last anywhere from a few hours to most of the night. And unless you really…

What's Behind The Intoxicating Rise Of Kava Bars In The U.S.

While kava is legal in most countries, doctors advise those with liver conditions or who have been consuming alcohol to not drink it as there has been concern for its interactions with liver functions following reports of liver damage in Europe.

Counting on the Trendy to Revive Kava, a Traditional Drink

Pacific Island governments and others are working to modernize cultivation of kava, hoping that the drink’s popularity can be sustained.

Outside of the Pacific, kava tea is a bit of a mystery. But the plant is often used in native countries as part of religious and cultural ceremonies, and those familiar with the drink recreationally celebrate it as an effective way to curb anxiety. It's also claimed to make you feel relaxed and even a little numb.

Kava is classified as psychotropic or psychoactive, meaning it alters your state of mind or body. The benefits include reduced anxiety, an increase of sleep quality, and boosted mental focus. Kava sounded like an interesting alternative to alcohol (or cannabis, another popular pyschotropic plant) and I was excited to have a relaxing evening and try something new.

Kava and the Rise of Healthy New York

Increasingly, it feels as though New York is attempting to reconcile its booze-hounding tendencies with its newfound, almost Los Angelesque obsession with health and wellness.

Kava for Sleep? Why It Continues to be a Mystery

Among “herbal” remedies for sleep, perhaps none has raised more questions over recent years than kava. Concerns about its safety have prompted extensive scientific study — and according to a recent large-scale review, we still don’t have answers to some basic questions about the risks associated with kava use.

Kava vs Kratom: The Important Differences You Need to Know

Kava and Kratom are increasingly being sold alongside each other at kava bars and in stores online. While they maybe similar in name and drink appearance, truth is, they are worlds apart.

“This is what we do.” He said softly. “We tell stories and we drink our kava.” I listened, even though I couldn’t understand, as stories passed around the circle. Eventually, when my eyes could no longer stay open, I said goodnight and stumbled off in a haze to bed, for another dreamless kava sleep.

For centuries, Pacific Islanders have been drinking kava, a physioactive "tea" of sorts made from the root of a plant in the pepper family. A variety of kava species grow across the islands, some more potent than others. But their basic effect, when ground and mixed with water, is the same: to relax you.

Come in, have a shell, and chat about various kava topics.

The Internet's only reliable source for kava reviews.

True Kava is non-profit corporation dedicated to the traditional use of kava (Piper methysticum). We practice and promote the same standards and traditions that have kept kava prominent and safe in the South Pacific for thousands of years.

Kalm with Kava began in 2010 with a simple mission, to create great tasting and effective kava products to help people relax more naturally.

At the heart of Kava.com is a team of Kava lovers. Every person on the Kava.com team at least appreciates this ancient and sacred botanical that’s been used safely for 3,000 years. For over a decade, Kava.com was just a Kava blog, with well researched articles on everything and anything related to Kava. After a great deal of thought, conversation, and many long nights of informal Kava consumption, we here at Kava.com made the choice to add an eCommerce Cart to our website.

"Sharing Kava with the World one shell at a time"

I believe in diversifying our product line and our crops just a bit, to help spread the word about this safe and effective herbal supplement, that often has mystery and rumor surrounding it.

Taki Mai is absolutely loaded with kava. Our new 3-oz. shot comes in four irresistible, tropical flavors. Pop the cap and down one ASAP. And start feeling the well-being, tranquility and serenity only kava can make you feel.