Where in health am I? : Home / Health Cloud / StaynHealthy / Drink / Soda

We have an obligation to warn you when things are not good for your health - Mayor Bloomberg NYC, 2012 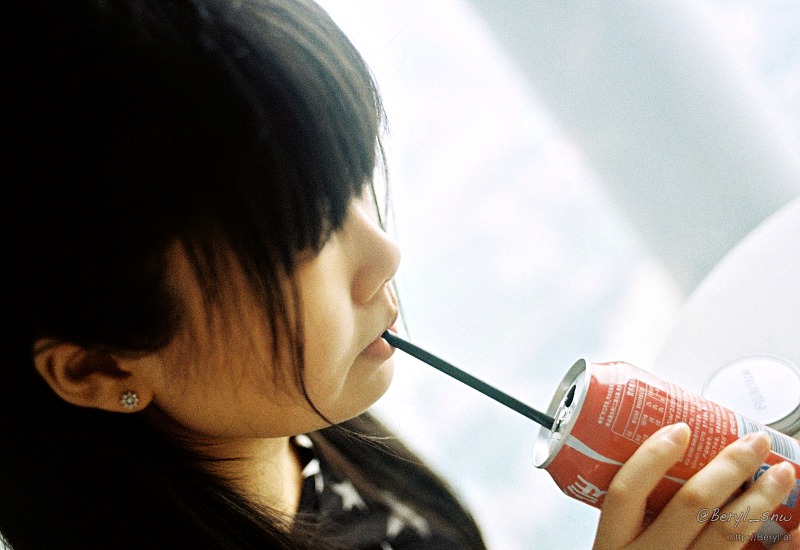 The average American drinks approximately 56 GALLONS of soda a year. Some people even admit to drinking more soda than water each day, or no water at all. Soft drinks are a multi-billion dollar product, and they account for a quarter of all drinks consumed in the United States.

With Americans consuming this large amount of soft drinks each year, it becomes important to evaluate how soft drinks can influence a person’s health. With a little research, it becomes clear that even moderate consumption of soda can be dangerous.

Multinational food, soda and alcohol giants are employing the same tactics that made tobacco a pariah in the global public health conversation nearly two decades ago.

Are Americans replacing soda with something worse?

As public health officials and experts work to solve America's obesity and diabetes epidemics, they're increasingly turning to one ingredient as the culprit: added sugar. Despite signs that more Americans are quitting sugar-loaded soda, researchers worry the general public is still consuming too much added sugar through other means.

Public health experts have long criticized the soda industry’s focus on energy balance as a tactic to deflect attention from its unhealthy portfolio of sugary drinks.

Did America Get Fat by Drinking Diet Soda?

A high-profile study points the finger at artificial sweeteners.

How the science of telomeres turned into a spurious health trend.

Here’s Another Reason You Might Want to Quit Diet Soda

Evidence about just how terrible diet soda is for your health is mounting. The latest? People who consumed at least one diet drink a day were nearly three times as likely to have a stroke or develop Alzheimer's disease compared to people who had them less than once a week, per new research in the journal Stroke. And you thought saving the calories and sugar would be worth it.

How Bad Is Soda, Really?

It’s a well-known adage: Drinking too much soda is bad for you. But just how bad is excessive soda consumption for your body?

People Explain How Soda Addiction Is Ruining Their Life

"A slight headache signals my need for a soda. It doesn't matter to me if it's warm or cold. And I like all brands. The cheap kinds contain aspartame. I think I'm addicted to that too."

Many of these coalition website domain names used to be registered to Goddard Claussen/Goddard Gunster. Their registration is now more secretive through companies like Domains By Proxy, Inc., which allows registrants to remain anonymous.

Americans now officially drink more bottled water than soda. It’s a shift that decades ago might have seemed unthinkable—that consumers would buy a packaged version of something they could get free from a tap. But bottled-water sales have been growing in the U.S. ever since the arrival of Perrier in the 1970s. The gains accelerated in recent years amid concerns about the health effects of sugary drinks and the safety of public-water supplies.

Study: diet soda can really mess with your metabolism

There have been studies coming to various conclusions about soda taxes, but the bottom line is that they aren’t fair and, for the most part, they don’t work.

The Average Mexican Now Drinks 371 Bottles of Soda a Year

Free trade is making other countries fat and sick.

The End of Soda?

Are we truly witnessing the first stages of soda's demise, the early signs of decay in America's 200-year love affair with soft-drinks? And if so, does that mean trouble for drink makers?

The Science of Shamelessness: Corporations, Scientists, and Spinning the Facts

Coca-Cola wants you to believe that, contrary to conventional wisdom, empty-calorie beverages like Coke don't contribute to obesity. And they're willing to pay scientists to peddle their message.

Diet sodas have long been marketed as weight loss tools. The idea is that they allow people to enjoy the sweetness of regular soda, but without all the calories and weight gain. Some scientists, however, are highly skeptical that diet soft drinks, which contain artificial sweeteners, actually deliver on those marketing claims. And evidence seems is mounting that diet sodas and artificial sweeteners may actually promote weight gain.

Why diet soda is (probably) bad for you, according to science

Soda may taste good and it certainly seem to have some addictive properties (ask any self-proclaimed Diet Coke addict!) but the bottom line is that soda isn’t healthy in any amount and there is absolutely no reason or justification for consuming it.

13 Ways That Sugary Soda is Bad For Your Health

When consumed in excess, added sugar can have disastrous effects on your health. However, some sources of sugar are worse than others… and sugary drinks are the worst, by far.

According to several different studies, even though diet drinks supposedly consist of zero net calories, they can have a lot of negative effects -- including weight gain, kidney problems, increased risk of diabetes and increased risk of depression. So if you love diet soda but want to cut your risk of disease, it might be a good idea to kick it to the curb!

Most of us drink soda. Some drink more than others. And probably many regular soda drinkers are aware that soft drinks are bad for the health. At the same time, United States ranks first among countries in soft drink consumption.

By highlighting the amount of sugar in sweetened beverages such as soft drink, energy drinks and sports drinks, we're hoping to encourage Australians to rethink their sugary drink consumption and switch to water, reduced-fat milk or unsweetened options.

The Campaign to Stop Killer Coke originated to stop the gruesome cycle of violence against union leaders and organizers in Colombia in efforts to crush their union, SINALTRAINAL. Since then, violence, abuse and exploitation leveled against Coke workers and communities have been uncovered in other countries as well, notably China, El Salvador, Guatemala, India, Mexico and Turkey.