Where in health am I? : Home / Health Cloud / StaynHealthy / Child Health / HIV/AIDS Peds

HIV does not make people dangerous to know, so you can shake their hands and give them a hug: Heaven knows they need it - Princess Diana 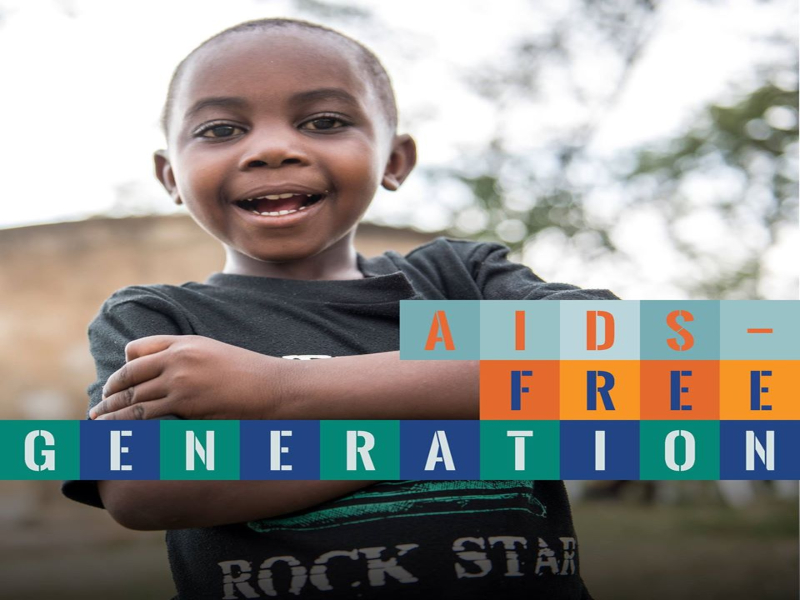 No Baby Should Be Born With HIV. What Will It Take to Save Them All?

In the fall of 2010, Masonia Traylor’s life changed overnight. Then 23, she was living with her new boyfriend in Atlanta and working as a pharmacy technician at a nearby drugstore. She took good care of herself, always went for an annual checkup, and ever since she graduated from high school, she had made it a practice to get tested for HIV and other sexually transmitted diseases. Every year, her tests would come back negative. Until one didn’t.

“At first I felt like the test was a lie, that the labs got mixed up,” she says. “Then I started to feel guilt. I felt like I was being punished for not waiting to have sex until I was married.”

It was October when her…

Children, HIV and AIDS: The world today and in 2030

The world pledged to end AIDS by 2030. While we have seen remarkable progress in the past decade among children aged 0-9 years, adolescents have been left behind in HIV prevention efforts. A staggering 360,000 adolescents are projected to die of AIDS-related diseases between 2018 and 2030 without additional investment in HIV prevention, testing and treatment programs.

Reigniting the global fight to end AIDS in children and youth

Approximately 400 children are infected with HIV every day around the world, 90% of them through mother-to-child transmission. Without treatment, half of HIV-infected infants will die before their second birthday. About 1.8 million children globally have the virus, and every one of them could live long, healthy lives if diagnosed and treated early and properly. Just as troubling, deaths among adolescents living with HIV have doubled since 2000, despite a decade-long decline in AIDS-related deaths overall. AIDS is a leading cause of death among adolescents in Africa and the second leading cause of death for this age group globally.

Armed With a New Laptop, He Is on a Path to a Degree

Born with H.I.V., Warren Williams wanted only to be “like other kids.” Now he is primed for a career working with children as a mentor.

The “London patient,” apparently cured of H.I.V. infection, has gotten all the attention. But other recently revealed advances are more likely to affect the immediate course of the AIDS epidemic.

First ladies can help lead the fight against HIV/AIDS

Complacency, the United Nations warned in its latest report on AIDS, constitutes a grave threat to decades of progress against HIV. The report, a self-proclaimed “wake-up call,” was directed at the entire global health community. But its message is particularly urgent and personal for African women, who bear the brunt of the HIV pandemic but who are also in the vanguard of the fight against it.

Every day, as many as 500 babies in sub-Saharan Africa are born with HIV. Standard practice in many of these countries is to give them treatment if they test positive, but not for weeks or even months after they're born. The concern is that newborns can't tolerate the powerful drugs.

Envisioning an AIDS-free generation where all children and their families are protected from HIV infection.

New Strawberry-Flavored H.I.V. Drugs for Babies Are Offered at $1 a Day

Thousands of infants are doomed to early deaths each year, in part because pediatric medicines come in hard pills or bitter syrups that need refrigeration.

With private health care out of reach for many in Pakistan and few government facilities available for children, people typically seek treatment from unlicensed professionals at inexpensive local clinics. Policing of these unqualified providers is spotty.

Talking with Your Children about HIV: HIV Awareness for Children

Globally, around 2.1 million people living with HIV are between 10 and 19 years old, an increase of 30% since 2005. Each year since 2010, young women and girls have accounted for two thirds of new HIV cases.

There is life after HIV, there is love

“Being able to give birth to HIV-negative children was a blessing because I believe if I did not test, my kids could have been born with HIV.”

They Thought This HIV Strategy Couldn't Work. But It Did

In high-income countries like the U.S., the standard of care for people infected with HIV is to provide antiretroviral pills when the virus is found, even when there are no symptoms of AIDS. The strategy staves off the disease and has a second — big — benefit. It has been shown to prevent the spread of HIV in sexual encounters. It's called "treatment as prevention" (TasP in medical jargon), or "test and treat."

There are both real and perceived challenges to diagnosing and treating HIV in newborns. While the resources of a study may not be available everywhere, our experiences in the Early Infant Treatment Study in Botswana suggest that this strategy works, and should become the standard of care everywhere.

How innovations in rapid testing and child-friendly medicines are saving lives in Uganda.

A new computer model shows a possible end to the HIV/AIDS pandemic in parts of eastern and southern Africa.

'I found out I was HIV-positive at 12 years old'

Aloma Watson-Ratcliffe was 12 years old when she found out she had contracted HIV from her mum. Now 20, she describes what it was like to deal with the condition as a child and how she learned to cope with the fear and stigma.

Africa is heavily affected by HIV and AIDS. The social impact is most evident in Africa’s growing orphan population. Co-founded by Alicia Keys “Keep a Child Alive” is making a difference.

At a time when H.I.V. in the United States has become a manageable disease for many, Tom Cosgrove and others like him are proof of the epidemic’s troubling, lingering legacy. They are the survivors, born beginning in the 1990s to the first big wave of people with AIDS, babies practically destined to die.

Researchers say case of child infected at birth but no longer displaying symptoms may spare others long-term therapy.

Children With H.I.V. More Likely to Die of Malaria

About three million African children have H.I.V., and malaria and TB are also widespread across the continent. In some hot, wet regions, children may get malaria several times a year.

Developing a Vaccine Against HIV Infection

Today, an effective vaccine against HIV does not exist. A vaccine that can prevent infection would teach the immune system to respond to HIV by making antibodies that can bind to the virus and stop it from infecting cells, or by promoting other immune responses that kill the virus.

When the sun rises in this remote region of northern Kenya at 6 a.m., it is a new dawn for Missionary Sr. Lilly Manavalan. Her day starts with a trek for over an hour across a deep valley to reach the streets where she can find vulnerable children living with HIV.

Growing up positive: Surviving an AIDS epidemic in Kyrgyzstan

PrEP drugs like Truvada can drastically lower the risk of HIV transmission. But young women in South Africa are pushing for a different kind of change.

The same network that brought kids "Pete and Pete" and "Doug" ran a special featuring Magic Johnson that was one of the era's most compassionate, forward-thinking pieces of TV.

Together for more than a quarter of a century, the singer and his husband have two sons and credit communication as the key to a long-lasting relationship.

My Child Has HIV And You Don't Know It

My HIV-positive child has legal protections that mean we don't have to tell you --schools, camps, parents, or anyone except doctors and dentists--about her HIV-positive status.

One In 10 Children May Have A Natural AIDS Defense Mechanism

No Baby Should Be Born With HIV. What Will It Take to Save Them All?

Experts agree that major progress has been made. About 150,000 babies are diagnosed with HIV each year around the world, down from a peak of more than 600,000 per year in the 1990s. “The idea of eliminating mother-to-child transmission of HIV is officially on the table...

Keep a Child Alive believes the best way to serve those affected by HIV/AIDS in Africa and India is to focus on providing Treatment, Food, Orphan Care and a Future.

The Well Project is a non-profit organization whose mission is to change the course of the HIV/AIDS pandemic through a unique and comprehensive focus on women and girls.

AIDS Alliance for Children, Youth & Families advances the partnership between consumers and providers '' we are the voice of women, children, youth and families living with and affected by HIV and AIDS.

American Foundation for Children with AIDS

The American Foundation for Children with AIDS (AFCA) is a non-profit organization providing critical comprehensive services to infected and affected HIV+ children and their caregivers. Our programs are efficient, promoting self-reliance and sustainabiliy.

Our vision is a world with no new HIV infections, and where those living with HIV and AIDS do so with equality and the support they need.

News, information and resources regarding HIV/AIDS.

How Close Are We to an AIDS-Free Generation?

Links to aricles and organizations regarding pediatric HIV and AIDS.