Stem cell research can revolutionize medicine, more than anything since antibiotics - Ron Reagan 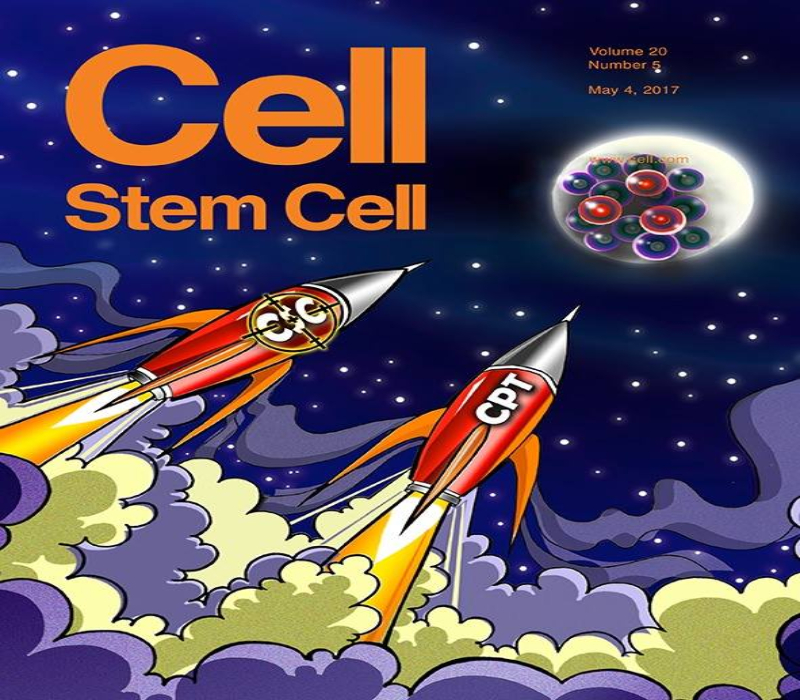 Researchers at the University of Michigan Rogel Cancer Center are unraveling a crucial thread that explains why cancer so often becomes resistant to treatment.

In a 2003 breakthrough finding, Max S. Wicha, M.D., and colleagues discovered that a small number of cells within a tumor — the cancer stem cells — were responsible for fueling the growth and spread of cancer. Kill the stem cells, and you could master the cancer.

But cancer is like a game of whack-a-mole. Strike it down in one place, and it pops back up in another.

Now, researchers have found that cancer stem cells exist in more than one state and are very plastic, meaning they can change form, sliding…

Researchers are looking at harnessing so-called “natural killer” cells to attack cancer in a way that may be more effective than other immunotherapies.

But this, he says, might be the most dangerous thing he’s seen yet. “If my assumption is correct that they’re introducing DNA, this is up near the top of the riskiest things I’ve ever heard a stem cell clinic doing,” he says. “The big worry here is giving cancer patients another cancer, or a dangerous immune response."

Traditional therapies against cancer, chemo- and radiotherapy, have multiple limitations that lead to treatment failure and cancer recurrence. These limitations are related to systemic and local toxicity, while treatment failure and cancer relapse are due to drug resistance and self-renewal, properties of a small population of tumor cells called cancer stem cells (CSCs). These cells are involved in cancer initiation, maintenance, metastasis and recurrence. Therefore, in order to develop efficient treatments that can induce a long-lasting clinical response preventing tumor relapse it is important to develop drugs that can specifically target and eliminate CSCs.

Why Are Stem Cell Transplants Used as Cancer Treatment?

Stem cells are immature blood cells found in the bone marrow and blood. Even though they start out the same, these stem cells can mature into all types of blood cells. People with certain types of cancer can sometimes be helped by a stem cell transplant to treat or even cure the cancer.

An Urgent Mission to Speed Progress Against Cancer

She was treated with two new drug therapies and then received a stem cell transplant, which involves getting an infusion of cells harvested from bone marrow—either your own or someone else’s—that can become different kinds of blood cells. (She got stem cells from her sister.) Since then, Ms. Giusti’s cancer has remained in remission, with the help of follow-up donor infusions from her sister.

Researchers at the university's Jonsson Comprehensive Cancer Center are reinforcing the immune system's foundation by genetically modifying bone marrow stem cells, the cellular factories that power immune responses. By arming those cells with receptors that recognize cancer, researchers hope a patient's body will cure itself from the inside out.

Scientists Found Cancer-Causing DNA in Stem Cells Given to Patients

These unlucky people were enrolled in clinical trials, not clients at shady clinics.

Regenerative medicine using human pluripotent stem cells to grow transplantable tissue outside the body carries the promise to treat a range of intractable disorders, such as diabetes and Parkinson’s disease. As stem cell lines grow in a lab dish, however, they often acquire mutations in the TP53 (p53) gene, an important tumor suppressor responsible for controlling cell growth and division...

A stem cell-based method can selectively target and kill cancerous tissue while preventing some of the toxic side effects of chemotherapy by treating the disease in a more localized way, report investigators.

Currently, the only stem cell therapies approved by the FDA use cells from bone marrow or cord blood to treat cancers of the blood and bone marrow. But doctors in the Cell Surgical Network have moved ahead with using cells for autoimmune, neurologic, and other serious conditions.

Where are the cures promised by stem cells, gene therapy, and the human genome?

New research explains why stem cells become resistant to cancer treatment and opens a clever new way to go after them.

Since its launch in December 2012, Cancer Stem Cell News has become a highly valued resource and provides readers with a unique compilation of cancer stem cell research findings across multiple tissue and cancer types.

For people with life-threatening blood cancers like leukemia and lymphoma or other diseases, a cure exists. Be The Match® connects patients with their donor match for a life-saving marrow or umbilical cord blood transplant.

Stem cell transplants are most often used to help people with leukemia and lymphoma. They may also be used for neuroblastoma and multiple myeloma. Stem cell transplants for other types of cancer are being studied in clinical trials, which are research studies involving people.