Where in health am I? : Home / Health Cloud / StaynHealthy / Aging Healthy / Falls

Dance is for everybody. I believe it came from the people and it should always be delivered back to the people - Alvin Ailey 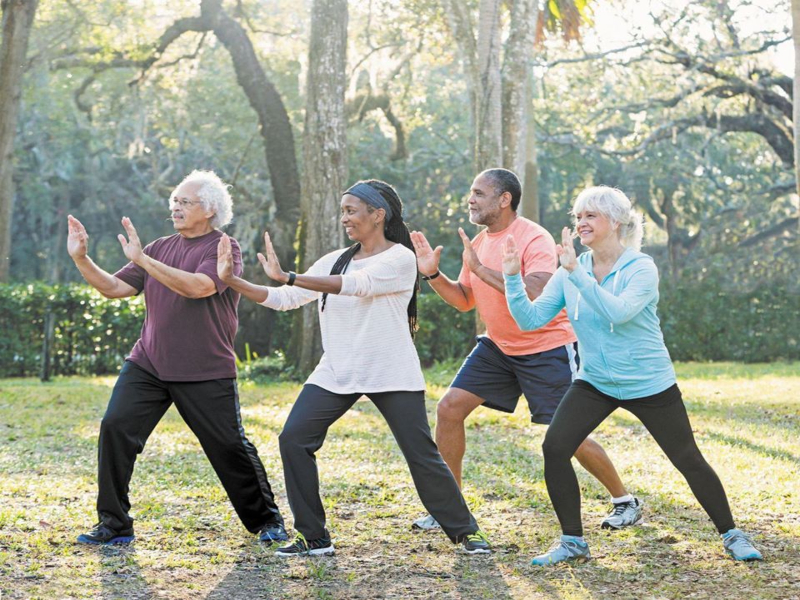 Aging is easy, until it’s not. All it really takes is one accident to start a chain reaction that can affect every aspect of your health and well-being. According to the Centers for Disease Control falls are the leading cause of both fatal and nonfatal injuries for people aged 65 and older.

And now, according to a new study from Johns Hopkins University published in the Journal of Neurotrauma, falls have now surpassed car accidents as the leading cause of spinal cord trauma among older adults in the United States.

The researchers analyzed data from over 40,000 adults who had been treated in the ER for spinal cord injuries between 2007 and 2009. They found…

Afraid of Falling? For Older Adults, the Dutch Have a Cure

The Dutch, like many elsewhere, are living longer than in previous generations, often alone. As they do, courses that teach them not only how to avoid falling, but how to fall correctly, are gaining popularity.

Older adults who engaged in ballroom dancing, folk dancing and other dance styles were less likely to fall than those who walked or did other exercises.

The underlying cause is most often incorrect weight shifting, followed by tripping. What’s particularly shocking is that in close to 40 per cent of events, residents sustain impact to their heads.

Falls Can Kill You. Here’s How to Minimize the Risk.

Falls are the leading cause of fatal and nonfatal injuries among older adults. Every 19 minutes in this country, an older person dies from a fall.

You can do so many things. First of all, I tell everybody you've got to do some balance training. Tai chi is probably the best exercise to prevent falls, but whatever works for you. And, interestingly, just walking does not reduce your risk for falling.

The Best Exercises to Prevent Falls

Activities that required standing up rather than sitting, such as tai chi, were the most effective.

Too Many Older Adults Are Falling, Endangering Themselves And Costing Billions

Falls not only are killing more older adults, they are costing the nation billions of dollars. According to one study, the US spent $50 billion in 2015 on falls. Overall, hospital and post-acute costs for traumatic injury (frequently falls) was more than costs for strokes and heart attacks combined.

Bracing for the Falls of an Aging Nation

As the population ages and people live longer in bad shape, the number of older Americans who fall and suffer serious, even fatal, injuries is soaring.

Deadly Falls in Older Americans Are Rising. Here’s How to Prevent Them.

The rate of deaths after falls is rising for people over 75, a new study shows. But falls are avoidable for most seniors. We have some tips.

Explainer: why does our balance get worse as we grow older?

All of us have taken a tumble at some point in our lives. But as we grow older, the risks associated with falling over become greater: we lose physical strength and bone density, our sense of balance deteriorates and we take longer to recover from a fall. Alarmingly, this process begins around the age of 25. The reasons for this are varied and complex, but by understanding them better, we can find ways to mitigate the effects of old age.

Facing Up To Falls

This RoSPA video highlights easy tips to prevent an elderly relative, friend, neighbour or even your gran from falling over at home.

Falls also are the leading cause of injury-related death for adults age 65 and older, according to Injury Facts 2016, the statistical report on unintentional injuries created by the National Safety Council. This is not surprising considering falls are among the most common causes of traumatic brain injury.

Falling Is Dangerous for the Elderly—and Often Preventable

Falls can be reduced with balance training, physical therapy and safer homes.

Falls are taking a huge and rising toll on elderly brains

It’s well known that falls among the elderly are common. Older people are more likely to have impaired vision, dizziness and other de-stabilizing health problems, and are less likely than younger people to have the strength and agility to find their feet once they begin to lose their balance. Elderly people are suffering concussions and other brain injuries from falls at what appear to be unprecedented rates, according to a new report from U.S. government researchers.

From Athletes to the Elderly: The Science of Trips and Falls

New research into how we maintain our balance could help athletes and prevent falls among the elderly.

Home is where the greatest accident risk is

If you want to avoid busy A&E units then you should shun the trampoline, discourage the kids from putting Lego up their nose, and be rather more careful getting something out of the loft.

How to break a fall, not a hip

When an elderly person falls, the result can be calamitous: hip fractures are common and serious. But help may be at hand. American researchers have designed a kinder, gentler flooring which is firm enough for people to walk on but buckles if they fall, absorbing the shock of impact.

Most Tricycle Deaths Happen When Children Fall into Swimming Pools

Moving Together To Reduce The Risk Of Falls

Carlucci, a former Alvin Ailey dance student who performed with Broadway’s legendary choreographer Bob Fosse (Chicago, Cabaret), has spent more than 20 years as a fitness and wellness expert teaching movement and body strengthening. Her fall prevention-designed class technique was created primarily to help those over 50 focus on proper alignment, posture and what she calls “the joy of movement.”

Why have a walker when you could have an exosuit?

What if you could stop accidents before they happened? Researchers at the University of Missouri have developed sensor systems that allow health care professionals to remotely monitor senior citizens around the clock, accurately predicting their chances of falling.

The Apple Watch Can Now Sense When You Fall. This App Says It Can Do More.

One of the Apple Watch Series 4’s most noteworthy features is one you hope to never use: fall detection. After sensing a person has fallen, the device checks if the person actually fell, if he is OK, and if he needs emergency services. It’s the 21st-century version of Life Alert but built into a popular piece of hardware.

A preoccupation with safety has stripped childhood of independence, risk taking, and discovery—without making it safer. A new kind of playground points to a better solution.

Compared to the pumping intensity of spin or Zumba, a tai chi class looks like it’s being performed in slow motion. Watching the gentle, graceful movements of this ancient Chinese practice, it’s hard to imagine that tai chi can burn off a single calorie or strengthen muscles. But this exercise program is far more dynamic than it looks.

A trial found that adding a VR component to treadmill training resulted in 42 percent fewer falls.

It’s important to realize that falls among older persons, with their staggering physical, emotional as well as economic consequences, have the potential to impact not only patients, but all members of a family.

Why older people get osteoporosis and have falls

There are many reasons older adults are susceptible to falls. These include side effects of some medications, vision impairments and less ability to prevent tripping over as balance, muscle mass and strength decline with age. The risk of fracture due to poor bones increases with age, and this is further enhanced by osteoporosis.

Why Tai Chi Makes Sense for the Elderly

A new study suggests Tai Chi may provide the benefits of strength training without the drawbacks for the heart.

Living with the fear of falling also likely increases feelings of anxiety, which could lead a physician to prescribe anti-anxiety medication, such as Xanax. Xanax, along with other benzodiazepines, has been the focus of recent studies that have demonstrated that these types of drugs cause higher risks of falls and dementia.

6 Steps for Preventing Falls Among Your Older Loved Ones

If you have an aging parent, grandparent, or neighbor in your life, helping them reduce their risk of falling is a great way to help them stay healthy and independent as long as possible. The good news about falls is that most of them can be prevented. The key is to know where to look.

Safeguarding you or an elderly loved one against slip & fall accidents should be on your list when trying to help a senior age in place.

Falls are not an inevitable part of aging. There are specific things that you, as their health care provider, can do to reduce their chances of falling. STEADI's tools and educational materials will help you to...

Each year, millions of older people—those 65 and older—fall. In fact, more than one out of four older people falls each year, but less than half tell their doctor. Falling once doubles your chances of falling again

Falls are the most common cause of accidental injury to children. While most falls aren’t serious – active children often fall over – some falls can lead to death or long-term disability.