Performance-enhancing drugs are an illusion. I wish I had never gotten involved with steroids. It was wrong. It was stupid - Mark McGwire 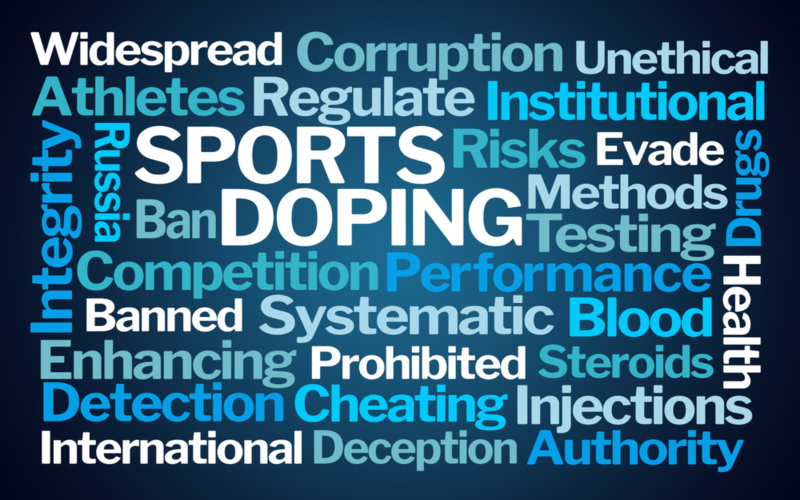 Banning Drugs in Sports Does Not Reduce Drug Use, Makes Things Unsafe for Players

You may have heard that a laundry list of players were recently suspended from Major League Baseball for at least fifty games each, including one of the biggest names…

Should Performance Enhancing Drugs (Such as Steroids) Be Accepted in Sports?

Opponents argue that PEDs are harmful and potentially fatal, and that athletes who use them are cheaters who gain an unfair advantage, violate the spirit of competition, and send the wrong message to children. They say PED users unfairly diminish the historic achievements of clean athletes, and that efforts to stop PED use in sports should remain strong.

Wada to downgrade bans for out-of-competition recreational drug use

A substantial change in anti-doping policy could mean athletes escape with only a month’s ban if they are caught using recreational drugs. Next year the World Anti-Doping Authority will implement a new code, the first change in six years. Among the measures that have been announced include a reduction in sanctions for “substances of abuse”, illegal drugs that do not have a performance-enhancing effect.

Take 5: The science of doping in sports

Doping is not new. As early as the 8th century B.C., ancient Greek Olympians ate sheep’s testicles to enhance performance.

The Man Who Brought Down Lance Armstrong

Floyd Landis, a former teammate of the cyclist’s, just won more than $1 million in a legal case against Armstrong. Here are his thoughts on the suit, cycling, and his onetime rival.

Doping is not a new problem. In fact, it has been part of sports for a century.

A Guide for Understanding Steroids and Related Substances

Once viewed as a problem strictly associated with body builders, fitness "buffs," and professional athletes, the abuse of steroids is prevalent in today’s society. This is an alarming problem because of increased abuse over the years, and the ready availability of steroids and steroid related products. The problem is widespread throughout society including school-age children, athletes, fitness "buffs," business professionals, etc.

People who use it find that not only is their overall energy level increased, but their ability to pack on lean muscle tissue is enhanced. While steroids can produce an increase in muscle mass faster than HGH injections, the result is inferior. Steroids work by engorging the existing muscles with fluids. HGH actually encourages the body to create more real muscle tissue and helps to repair damage to existing muscle cells. There are downsides. HGH Injections are expensive, linked to significant health risks, and are banned by nearly all professional and amateur athletic associations.

This 1997 paper reviews the literature on 3 categories of drugs: those that enhance performance as stimulants (amphetamines, ephedrine, and cocaine), those that are used to reduce tremor and heart rate (beta-blockers) and those involved in bodyweight gain or loss (anabolic-androgenic steroids, growth hormone, beta 2-agonists, and diuretics).

Performance-enhancers are increasingly part of our modern existence, despite our instinct to ban them. So why don't we use them for good? If it brings us closer to curing cancer or solving global warming, we should let scientists and researchers use drugs like Adderall or LSD that boost productivity and creativity.

While human growth hormone has a remarkable ability to generate controversy, exactly what it does for athletes, both good and bad, is as much of a mystery today as when it first found favor as a performance booster during the 1990s.

Enhancements such as doping are illegal in sport – but if all restrictions were lifted, science could push human performance to new extremes.

When athletes lose sight of the meaning of fair competition by taking performance-enhancing substances, they put their future health at risk and compromise their ability to practice sportsmanship.

While anabolic steroids can enhance certain types of performance or appearance, they are dangerous drugs, and when used inappropriately they can cause a host of severe, long-lasting, and in some cases, irreversible negative health consequences.

If you've read Tim Ferriss' books, you know he'll do almost anything to himself in the name of self-improvement. And if you thought he took this too far in The 4-Hour Workweek and The 4-Hour Body, just wait until The 4-Hour Chef, his new guide to the world of rapid learning. Turns out Ferriss has tried nearly every legal (and not) smart drug imaginable, so Wired.com invited him to share what he learned. Just remember: He's not a doctor, we're not doctors, and please don't sue us.

Surviving Steroids: The Dark Side Of Performance-Enhancing Drugs

You suddenly feel fantastic. I mean, you know, you need a lot less sleep. You know, you don't need any recuperation time between your sets. And I understood much more clearly why people were loathe to stop them. But, of course, there is a dark side.

What's the difference between steroids and HGH? For starters, we know that a baseball player can beef up on steroids and improve his athletic performance. But most clinical studies suggest that HGH won't help an athlete at all.

The world’s top anti-doping scientist thinks we can end cheating in sports. Here’s why.

Why are we so opposed to performance-enhancing drugs in sport?

Why Cheating In Sports Is Prevalent -- And We Can't Stop It

Wow, we all thought that after Lance Armstrong was found guilty of doping this had passed. Sounds like, to the contrary, Lance was just the poor guy who got caught. Perhaps he was pilloried because he was an early doping innovator, at a time when few others lacked access. As a result of his very visible take-down for doping, today's competitors, their coaches and sponsors have clearly become a lot more sophisticated about implementation and cover-ups.

Why the Science Behind Athletic Performance Enhancement Remains So Controversial

Some pioneering researchers and athletes are working to increase human performance and longevity, but many remain skeptical of their methods.

Banning Drugs in Sports Does Not Reduce Drug Use, Makes Things Unsafe for Players

Educating America's Youth About the Dangers of Anabolic Steroids and Appearance and Performance Enhancing Drugs.

Educating and safeguarding against the abuse of anabolic steroids.

To help ensure the integrity of competition for athletes, sports organizations and fans worldwide.

Steroid.com was created to provide the truth about anabolic steroids both positive and negative. We are unbiased and straightforward. With time we hope to attract a certain group of people who are health minded and interested in the subject of anabolic steroids.