Some people in poorer countries are compelled to sell their organs on the black market. Why not build a regulated system that compensates them fairly and ensures their safety - Shmuly Yanklowitz 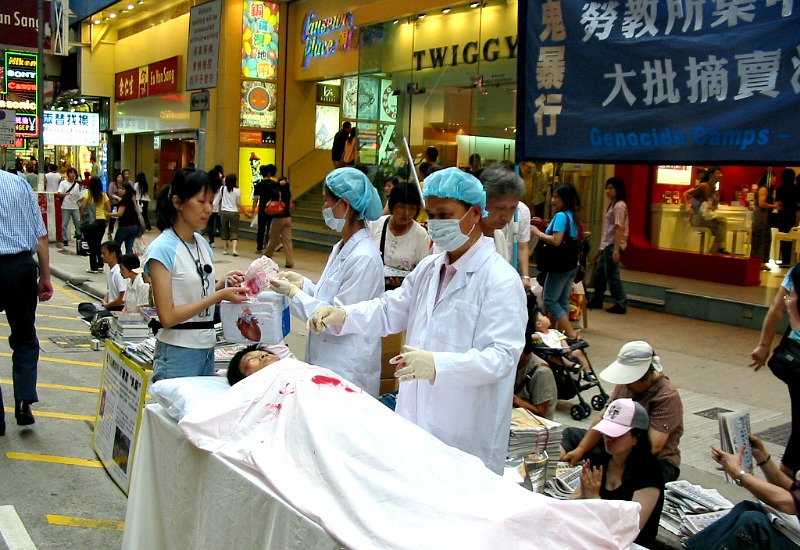 The year was 1970 and I was bumming and thumbing my way across Europe and Asia. While overnighting in a youth hostel in Thessaloniki in northern Greece, I overheard a couple of Californian bikers discussing their intentions to sell their blood at a nearby clinic the next day. Being a little short on drachmas myself, I decided to tag along with them.

We arrived at the clinic, which was not much more than a ground floor apartment in a non-descript three story concrete building. The lab techie ushered us into one of the small rooms where we had our fingers pricked and our blood types determined. We then joined about a dozen others lined up according to our blood types against the wall…

How Much Is Your Body Worth On The Black Market?

Organs and tissue are used for millions of transplants and medical products yearly. The traditional path for a transplant is a waitlist, but with thousands of people dying before they make it to the front of the line, some take matters into their own hands.

The demand for viable organ transplants is not going away any time soon.

Tales from the Organ Trade

TALES FROM THE ORGAN TRADE is a gritty and unflinching descent into the shadowy world of black-market organ trafficking: the street-level brokers the rogue surgeons, the impoverished men and women who are willing to sacrifice a slice of their own bodies for a quick payday, and the desperate patients who face the agonizing choice of obeying the law or saving their lives.

While accurate statistics are difficult to find, some suggest that up to 15% of the world’s transplants are performed using illegally obtained organs via an international black market web of organ brokers.

Journalist Scott Carney figures he's worth about $250,000, but that number isn't based on his savings or his assets; it's what Carney thinks his body would fetch if it were broken down into individual parts and sold on what he calls the "red market."

Cash for Kidneys: The Case for a Market for Organs

Paying donors for their organs would finally eliminate the supply-demand gap. In particular, sufficient payment to kidney donors would increase the supply of kidneys by a large percentage, without greatly increasing the total cost of a kidney transplant.

Give a Kidney, Get a Check

Some people in poorer countries are compelled to sell their organs on the black market. Why not build a regulated system that compensates them fairly and ensures their safety?

Inside the Business of Selling Human Body Parts

IS THE HUMAN body sacred? Or is it a commodity ready to be chopped up and exposed to the forces of supply and demand? The answer is a matter of perspective.

Inside the growing global market of organ trafficking

Nearly 4,000 people die every year in the United States waiting for a kidney transplant. And while it's illegal almost everywhere, there is a thriving global market of organ trafficking.

Living Cadavers: How the Poor Are Tricked Into Selling Their Organs

It may sound reasonable, paying for an organ from someone who could use the money more than an intact anatomy. But the real picture is grim. In a research paper published last week in Medical Anthropology Quarterly, Michigan State anthropologist Monir Moniruzzaman recounts the nearly 15 months he spent doing fieldwork in Bangladesh, where he infiltrated the illegal organ trafficking network. What he saw there he describes as nothing short of exploitation.

A kidney? £84,000. A heart? Up to £1 million. With the number of organs now critical, wealthy patients are spending a fortune on illicit transplants. But it is the desperate 'donors' who are paying the ultimate price.

Paying People for Kidneys: Is It Ethical?

The very idea of living individuals selling body parts prompts revulsion in some people, while others may ask whether the price is right.

The demand for viable organ transplants, however, is not going away any time soon. We are either going to have to find an ethical and honourable way of solving this enormous problem or the day of "Big Al's Used Organ Lot" may not be so far away.