Where in health am I? : Home / Health Cloud / Professionals / Zoologists

We commonly say in the trade that the most dangerous animal in a zoo is Man ― Yann Martel, Life of Pi 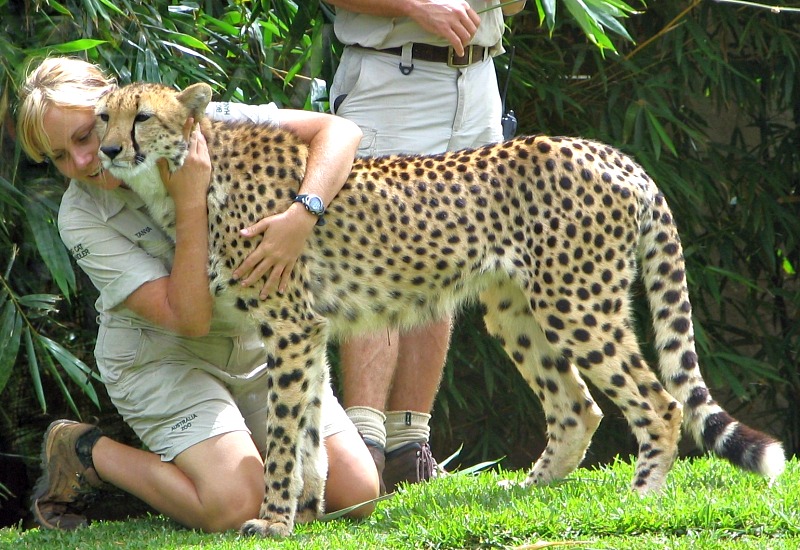 On The Academic Road To Nowhere - One Scientist’s Story

I have always loved animals. When I was at primary school I was unable to reach the front entrance without stopping to remove imperilled earthworms from the pavement and safely return them to soil. Even as a teenager, on summer holidays in France I was more concerned with patrolling the swimming pool for drowning insects than tanning myself on a lounger. I adopted tigers, whales and dolphins and wrote to organisations like the Born Free Foundation to tell them, in my child language, how much I admired them. My decision to study Zoology at university was made at the age when memories are just beginning, after I discovered that David Attenborough was a zoologist and then checked what a zoologist…

Last summer, researchers demonstrated that non-invasive imaging combined with a staining technique enables the fast comparison and study of earthworm species and other animals in unprecedented detail.

How to become a Zoologist

Providing career advice is one of the most rewarding aspects of my work. There are many resources available to aspiring zoologists and herpetologists, but deciding the best path to take can be a confusing process.

We’re Animals, After All

The clean, minimalist trend in perfumes is giving way to scents that bring out the beast.

What I did with a degree in Zoology

Thinking back over my degree and the odd set back that I encountered, I can see how different opportunities were opened up for me at every turn, even when things seemed to be going wrong.

Becky Cliffe made the decision to study Zoology after going to a University of Manchester open day. She is now working on her PhD working with sloths

Why Bigfoot is Unlikely Only If You Know What “Unlikely” Means

What we don’t know is shaped by what we do. Whatever dark matter is, we will look for it assuming an accelerating, expanding universe. However cancer can be truly defeated, we will have to outsmart evolution to do so. And no matter what bizarre creatures are still to be discovered in our densest forest and deepest ocean depths, they are unlikely to ever be Bigfoot, Nessie, or the Chupacabra.

Why is Zoology Important to Us?

If you don’t know anything about animals or biology, nature seems to be just about chaos. Everything seems to happen at random. But once you study the life cycles and food chain, you’ll have a better understanding of nature’s handiworks.

Zoology to the rescue

Evolution causes resistance. Understanding evolution may deal with it.

On The Academic Road To Nowhere - One Scientist’s Story

My decision to study Zoology at university was made at the age when memories are just beginning, after I discovered that David Attenborough was a zoologist and then checked what a zoologist was in our family Encyclopaedia.

The 10 greatest discoveries of zoology

A panel of judges at BBC Wildlife Magazine has named the greatest zoological discoveries of all time. Do you agree with their choices?

JoZ Blog is the official blog of the Journal of Zoology. The Journal of Zoology publishes high-quality papers of an original nature in areas of zoology that are novel and in particular are interdisciplinary. Zoology is a broad field that embraces many disciplines including anatomy, behaviour, ecology, physiology, genomics, developmental biology, systematics and genetics, including phylogenetics.

Still on the Track

The CFZ bloggo is a collaborative effort by a coalition of members, friends, and supporters of the CFZ, and covers all the subjects with which we deal, with a smattering of music, high strangeness and surreal humour to make up the mix.

Zoological Record® is the world's oldest continuing database of animal biology. It is considered the world's leading taxonomic reference, and with coverage back to 1864, has long acted as the world's unofficial register of animal names. The broad scope of coverage ranges from biodiversity and the environment to taxonomy and veterinary sciences.

An exploration of our Earth's ever-captivating fauna through musings on the bizarre side of Zoology, Cryptozoology, Paleontology, and Paleoanthropology

Free online guidance to the students of Zoology.

The world's only cryptozoology museum is located at Thompson's Point in Portland, Maine

The Museum of Comparative Zoology (MCZ) at Harvard University is a center for research and education focused on the comparative relationships of animal life.

I am a CG artist. I like cartoons... and am kind of unreasonably obsessed with animals.

A menagerie of cryptozoology

Connecting kids, their families, and wildlife enthusiasts of all ages to the wonderful world of zoology.