Where in health am I? : Home / Health Cloud / Professionals / Doctors / Medical Schools

When I went to medical school, the term 'digital' applied only to rectal exams - Eric Topol 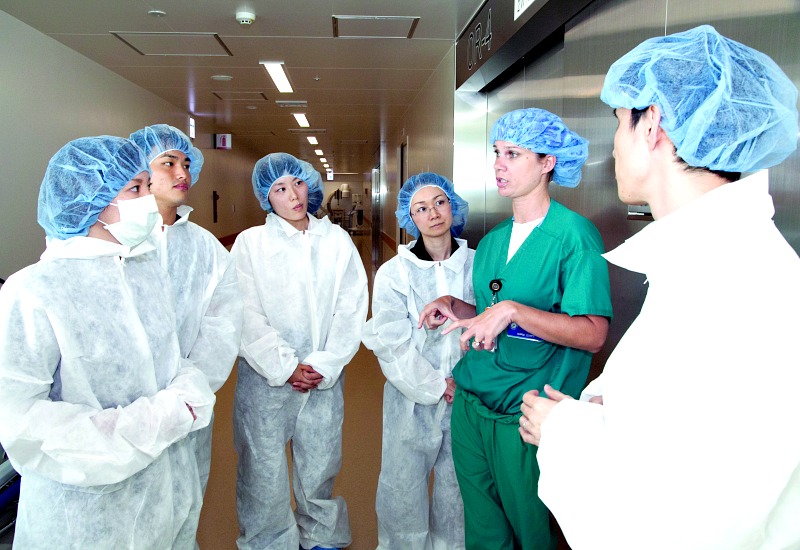 What Makes a Medical School Great?

Each year, approximately 45,000 students vie for approximately 20,000 first-year positions at U.S. M.D.-granting medical schools. Most of these students will not have gained admission, and if they wish to become physicians they will need to seek medical education outside the U.S., pursue an alternate degree such as a D.O. (doctor of osteopathy), or improve their grade point averages and test scores and apply again next year. At the other end of the spectrum, many fortunate students face the task of choosing between multiple schools.

With only 20,000 new M.D.'s emerging each year to help care for a nation of over 310 million people, these are momentous choices. Every graduate counts,…

Maclean’s has ranked the best universities in 10 program areas for the second year in a row—including medicine for the first time.

Welcome to ValueMD ..... the largest and most popular website for learning about the best known, top Foreign, International & Caribbean Medical Schools ..... from pre-med through residency and beyond.

Training the Next Generation of Doctors and Nurses

In what looks like an urgent game of catch-up, medical and nursing schools across the country are retooling how and what they teach. This is also getting a boost from concern about the looming shortage of primary caregivers.

After the suicide of a fourth-year student, a New York City medical school is taking steps to change its culture.

"If you want to stand out, think about what is in your application that isn't likely to be in anyone else's application," says one expert.

Medicine has long been a discipline predicated on memorization, which made sense in a world of textbooks, microscopes and information monopoly. But rooting medical training primarily in knowledge acquisition is increasingly insufficient and inefficient. In an era of big data, Google and iPhones, doctors don’t so much need to know as they need to access, synthesize and apply.

You know the time and effort you put into your medical school and secondary applications, but what happens after you click submit? Here is what the process looks like for medical school admissions officers and staff.

How One Medical School Is Dealing With Too Much Information

Medical students have a problem with TMI (too much information). Way TMI. Same with nursing, dental and other health profession students.

Is Medical School a Worthwhile Investment for Women?

The average female primary care physician would have been financially better off becoming a physician assistant.

Schools say they are responding to increased student interest in being prepared for outdoor emergencies.

At some medical schools, a strong MCAT score may not compensate for a low GPA.

Making the Case for Medical School

It takes more than a decade of higher education, and can leave you deeply in debt—but a fourth-year student says it's absolutely worth it.

For decades, American medical schools have vilified their Caribbean counterparts for providing a substandard education for students who were weak to begin with. But some schools may be proving the medical establishment wrong.

Instead of using grades and MCAT scores as cut-off points to whittle down the initial applicant pool, they began assessing those numbers in the context of life experiences, socioeconomic status, cultural and ethnic background, gender identity and the medical school’s particular mission, be it to produce research scientists, compassionate clinicians or both.

How “graphic medicine” is helping some students survive the bottom of the hospital pecking order.

Osteopathic schools turn out nearly a quarter of all med school grads.

Should medical education be shorter? The answer is yes, at least according to administrators at many of America’s leading medical schools.

The Sociology of Getting Into Medical School

It’s very difficult to get into medical school. Only a tiny fraction of college students make it in. And, statistically, it’s even harder for dogs.

Top 10 Easiest Medical Schools to Get Into

So you want to go to medical school, but maybe circumstances haven’t been in your favor. The easiest medical schools to get into can still offer you a quality education with lower costs and stress! Don’t fret, you’re not alone! Many students experience conditions that make their acceptance into the school of their choice difficult, like a lower-than-average GPA or MCAT score due to lack of time from working while in school. College is demanding, and this situation is probably more common than you think. Either way, there are schools you can still get into to achieve your dream of becoming a physician.

What Doctors Aren't Learning In Medical School And Why It Matters

Physicians have gone from saints to sinners in the public’s eye, which is why the results of athenahealth’s ninth “Epocrates Future Physicians Of America Survey” don’t surprise me.

What Medical Schools Do Today

It seems obvious: medical schools are where you go if you want to become a doctor. But in addition to teaching the next generation of physicians and surgeons, they also do so much more...

What Makes a Medical School Great?

With only 20,000 new M.D.'s graduating each year to help care for a nation of over 310 million people, optimizing their education is critical.

Put a former Harvard admissions insider to work for you and optimize your chances of success.

We offer a resource for students and professionals looking for a career-oriented medical education. We provide a human-edited directory of accredited schools, valuable student resources, and career information.

Association of Faculties of Medicine of Canada

Founded in 1943, the Association of Faculties of Medicine of Canada (AFMC) represents Canada's 17 faculties of medicine and is the voice of academic medicine in this country.

The goal of the website is to provide a step by step guide to anyone who is interested in studying medicine at a Caribbean medical school and then going to the United States to obtain a residency and later a license to practice medicine.

The American Association of Colleges of Osteopathic Medicine (AACOM) represents the 33 accredited colleges of osteopathic medicine in the United States.