Where in health am I? : Home / Health Cloud / Professionals / Cytologists

If small molecules and biologics are tools, then cells are carpenters — and architects and engineers as well - Michael Fischbach PhD 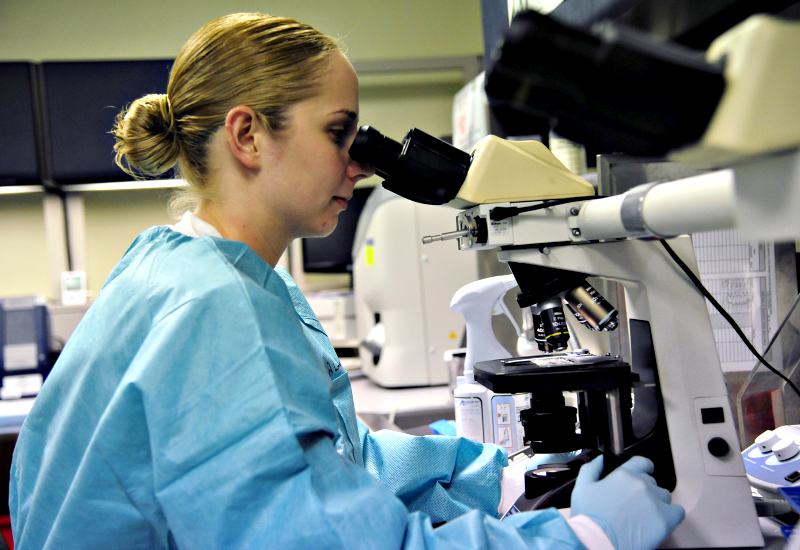 Will Cell Therapy Become a 'Third Pillar' of Medicine?

Today, biomedical science sits on the cusp of a revolution: the use of human and microbial cells as therapeutic entities,” said Wendell Lim, PhD, a UCSF professor and director of the UCSF Center for Systems and Synthetic Biology, and one of the co-authors of an article published online April 3 in Science Translational Medicine.

Treating patients with cells may one day become as common as it is now to treat the sick with drugs made from engineered proteins, antibodies or smaller chemicals, according to UC San Francisco researchers who have outlined their vision of cell-based therapeutics as a “third pillar of medicine.”Cell therapies have the potential to address critical, unmet needs…

How Long Can We Keep Human Cells Alive Outside The Body?

Years, if frozen and stored properly, but they may not stay “alive and growing.” “Normal” human cells will eventually stop proliferating. That’s because it’s normal to stop dividing when you’ve accumulated DNA mistakes, run out of telomeres, or generally been stressed by culture.

How to Hijack A Cell

Taking control of cells by squeezing them.

Plotting the Future of Cytotechnology

The future is moving in several directions at once. There is no single response to the defining healthcare market forces. Demands factors, supply factors, technologies, and federal policies will all influence the future of cytopathology. Sustaining and transformational technologies are changing the practice of pathology services as medical science moves in several directions. Cytology is at the crest of the changes.

Will Cell Therapy Become a 'Third Pillar' of Medicine?

Treating patients with cells may one day become as common as it is now to treat the sick with drugs made from engineered proteins, antibodies or smaller chemicals, according to UC San Francisco researchers who have outlined their vision of cell-based therapeutics as a “third pillar of medicine.”

A Twist of Fate

Once believed to be irrevocably differentiated, mature cells are now proving to be flexible, able to switch identities with relatively simple manipulation.

With articles offering an excellent balance between clinical cytology and cytopathology, Acta Cytologica fosters the understanding of the pathogenetic mechanisms behind cytomorphology and thus facilitates the translation of frontline research into clinical practice.

Recognizing that the future of medicine is in building teams of healthcare providers, the ASC collaborates with other professional organizations and government agencies to address issues relating to cytopathology. Education will remains a primary focus of these collaborations, with the outcome of improved patient care.

The Australian Society of Cytology was established in 1969 and is the sole national body whose activities are primarily directed at enhancing diagnostic cytology.

The BAC represents cytology in all its forms within the UK, and works closely with other relevant societies, national bodies and government departments.

Cy-TEST focuses on the area of Cytology, intended for the screening and diagnoses of Cancers of different organs.

CytoJournal is an Open Access, peer-reviewed, PubMed Indexed, predominantly online journal that publishes cutting edge research articles and information related to all aspects of diagnostic cytopathology, including complementary topics such as molecular cytopathology.

The aim of Cytopathology is to publish articles relating to those aspects of cytology which will increase our knowledge and understanding of the aetiology, diagnosis and management of human disease. It contains original articles and critical reviews on all aspects of clinical cytology in its broadest sense,

The organization’s main objects, as formulated in Art. 3 of the statutes are to promote professional training of both medical and non-medical cytologists and to promote the status and eminence of cytology.

The International Academy of Cytology is a scientific, non-profit organization of cytopathologists, cytotechnologists and other professionals concerned with research in and practice of clinical cytology. It was founded in 1957.

ISCT is a global association driving the translation of scientific research to deliver innovative cellular therapies to patients. ISCT is the only group focused on pre-clinical and translational aspects of developing cell therapy products.

The Papanicolaou Society is dedicated to bridging the gap between surgical pathology and cytopathology.