Where in health am I? : Home / Health Cloud / Professionals / Careers / Forensic

Knowledge is of two kinds; we know a subject ourselves or we know where we can get information upon it - Samuel Johnson, 1709-1784 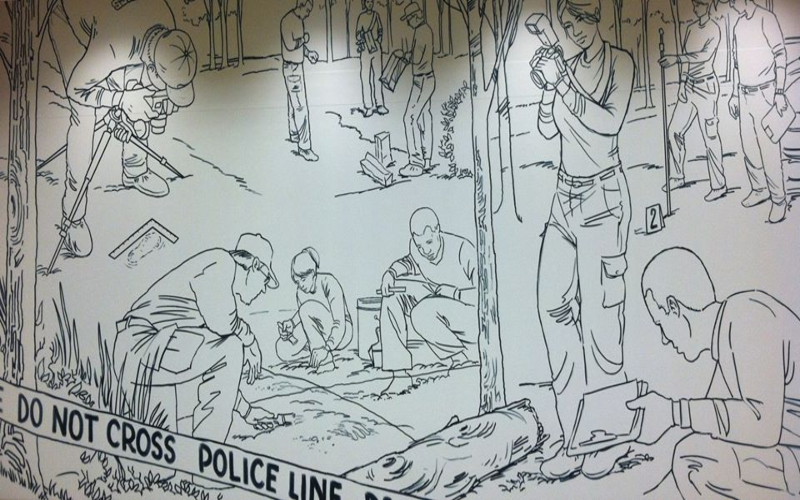 Lisa Black: Another Glamorous Day In The Life Of A Forensic Scientist

A typical Tuesday in November. I trudge from the subway station to the medical examiner’s office. No one plows the sidewalks but there are enough med students and hospital workers from next door to tamp the snow down. When I reach the trace evidence department it is still dark; my boss has not yet arrived so I take care of the most important thing, which is to get the coffee started. Then I head back downstairs for the ‘viewing’, at which all the cases currently waiting to be autopsied are wheeled out and the deskman reads their history.

This is so the pathologists can observe, suggest and decide who is going to do which autopsy. Exactly how they work that out, I’ve never quite…

A degree in Forensic Science opens many doors to a multitude of well-paying and exciting career paths. While this degree can lead to some of the jobs featured on popular forensic science TV shows, graduates leave with sharp analytical and investigative skills that can be applied across many fields.

So You Want To Be a Forensic Scientist

Every week or so, someone in the lab will get a cold call from either a college student, a recent graduate, or someone looking to change careers. Invariably, they start off by asking if we have any job openings. When told no, they then ask how they can get a job in forensics.

Advice about a Career in Forensic Science

Recognizing that free advice is worth what you pay for it, the following is provided free of charge. It is based on my experience and therefore is somewhat limited and even if it were more expansive, it all may change tomorrow anyway. With that said, let's get started.

The CSI TV show is a caricature of real life in a crime lab. We don’t typically interrogate suspects, we don’t arrest people.

"I watch them for the entertainment value," he said. "A lot of these things just don't happen in the real world. You don't identify DNA and then get a driver's license pop up (on a computer) and a GPS coordinate leading you to that person."

The science of forensics

What Is Forensic Science & How Can It Aid in Criminal Investigation?

Although they may have received a call only minutes before and rush at top speed with sirens blaring, police officers usually arrive at the scene only after a crime has occurred. They must thus depend on the efforts of forensic science workers, also known as crime scene investigators or forensic technicians, whose duties depend on where they work and their specialties.

Lisa Black: Another Glamorous Day In The Life Of A Forensic Scientist

I have a plan for the day, a set of tasks I’d like to accomplish, but that is always dependent upon what the morning brings. If a homicide victim arrives, all plans go out the window and the case is worked until there’s nothing more you can do on it.

My name is Reddy P. Chamakura. I am a retired forensic scientist with Police Laboratory, New York City Police Department. I took retirement after spending 36 years in forensic field.

The Chartered Society of Forensic Sciences

There are two main elements in the training required to become a general forensic scientist. The first involves an academic course, and the second, on the job training usually with one of the main suppliers of primary services to the police.

Forensic Nursing is an emerging new profession for nurses who are looking to expand beyond their core nursing abilities and become experts in clinical diagnosis, make the jump into legal nurse consulting, assist in criminal prosecution cases, provide care to sexual assualt victims, and host of other areas of specialty.

The concept of Virtual Autopsy was born when Tim Taylor a medical student at the University of Leicester, created this site as part of a medical informatics special study module. The project was so big that he was commissioned to complete the site after the end of the study module.

Visible Proofs is about the history of forensic medicine. Over the centuries, physicians, surgeons, and other professionals have struggled to develop scientific methods that translate views of bodies and body parts into "visible proofs" that can persuade judges, juries, and the public.

Since 2008, the Crime Museum has been an educational resource on law enforcement, crime history, and forensic science, and supports museum exhibits and programming.

Interest in this fascinating field has exploded with the popularity of television series including “CSI” and “Bones.” Community colleges and four-year universities have responded by creating and expanding educational programs in forensic science. Before enrolling in any program, make sure the curriculum has been accredited by the American Academy of Forensic Science.

News about forensic science, including commentary and archival articles published in The New York Times.