Where in health am I? : Home / Health Cloud / Business of Health / Precision Medicine / Gene Therapy

We used to think that our fate was in our stars, but now we know that, in large measure, our fate is in our genes - James Watson 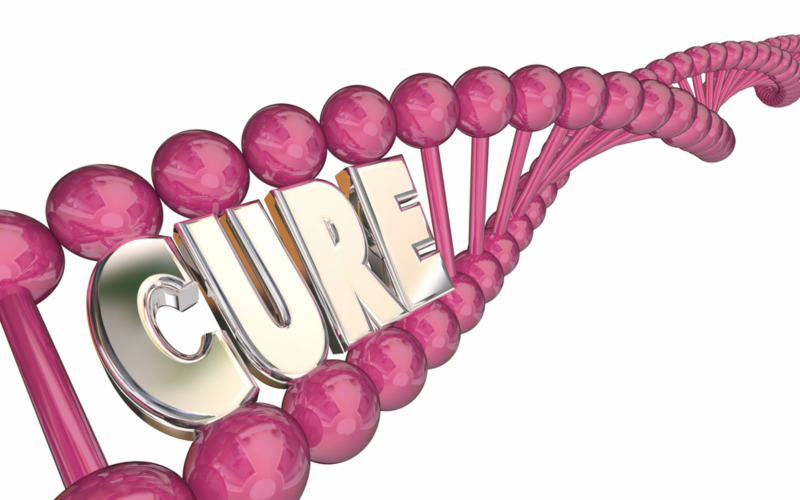 Has the Era of Gene Therapy Finally Arrived?

In 1990, geneticist William French Anderson injected cells with altered genes into a four-year-old girl with severe immunodeficiency disorder. This was the first sanctioned test of gene therapy, in which genetic material is used to treat or prevent disease.

Gene therapy has never fulfilled these grand hopes. In the decades since Anderson’s experiment, thousands of clinical trials of gene therapies have been carried out. But the first gene therapy was only approved for…

Companies and universities are racing to develop these new therapies, which re-engineer and turbocharge millions of a patient’s own immune cells, turning them into cancer killers that researchers call a “living drug.” One of the big goals now is to get them to work for many other cancers, including those of the breast, prostate, ovary, lung and pancreas.

Biotech companies have exciting plans to introduce treatments that may be transformative, sometimes curing genetic diseases with a single treatment. And the firms are itching to test their products. But they are struggling to obtain a critical component of the therapy: the disabled viruses used to slip good genes into cells that lack them. This delivery system lies at the heart of many forms of gene therapy; without the disabled viruses, there is no treatment. But manufacturing them is costly and onerous.

How much would you pay for the miracle of gene therapy?

Gene therapy might be a miracle, but it is not a cure. The best way to describe gene therapy is that it slams the brakes on diseases to prevent patients from getting sick or to mute the impact of the disease.

The Uncertain Future of Genetic Testing

Bringing genetics into medicine leads to more accuracy, better diagnosis, and personalized treatment—but for some, gene testing has only resulted in unanswered questions.

For decades, gene therapy – treating or curing sick people by replacing the worst parts of their DNA – has been a pipe dream. Now, it's a reality. Last year, the Food and Drug Administration approved gene therapies for forms of rare blood cancer, and a gene therapy to treat blindness. All gene therapies rely on what scientists call "vectors" – which just means a way of getting DNA into a patient's cells. The most common vectors? Viruses.

"We used to think that our fate was in our stars, but now we know that, in large measure, our fate is in our genes, "quotes James Watson. This fate that Watson is talking about is contained in our genes, and deals with a new technique, gene therapy. Gene therapy is revolutionizing the world of medicine. Many physicians are predicting that in twenty years gene therapy may change the practice of medicine from a treatment-based to a prevention-based practice. Our future is l ocked away inside of our genes.

4 Things to Know About Gene Therapy

Gene therapy made its debut to much fanfare in the 1990s, but enthusiasm quickly abated after a young man died during treatment for liver disease in one clinical trial and patients with “bubble boy” disease developed treatment-related leukemia in other trials. Now, as a physician-scientist who has been involved in basic gene therapy research and the development of clinical trials since the 1980s, it is exciting to witness gene therapy making a comeback.

The first gene therapy approved in the US, CAR T reconfigures a patient’s own immune system to detect and fight cancer. But the prices manufacturers are charging—up to $475,000 for one round of treatment—has created a whole lot of outrage.

The price tag is among the highest for a drug in the U.S.; treats rare form of vision loss caused by inherited genetic mutation.

The prospect of faster approvals disturbs Michael Carome, director of Public Citizen’s health research group, an advocacy organization. Dr. Carome believes that the industry, still quite young, needs careful F.D.A. oversight. “I think there is excessive hype,” Dr. Carome said. “We are talking about rushing to market very complex biologics products where we are still in the infancy of this field.”

Gene Therapy Emerges From Disgrace to be the Next Big Thing

Viewed one way, Gelsinger’s death nearly destroyed gene therapy. But seen another way, it spurred the field’s scientists to discoveries—a new understanding of the immune system and a new set of viruses to outwit it—that might never have been achieved otherwise. As gene therapy enjoys its new resurgence, Wilson feels a profound gratitude to the young man whose memory has lent a sense of purpose to his past decade of labor.

Gene Therapy Is Booming, But How Will We Manage The Costs?

The question of how the health care system will pay for these gene therapies has been a matter of some debate.

Is a 'Cure' for Blindness Worth $1 Million?

Some blind people are questioning how the first gene therapy to treat inherited blindness has been valued.

The Million-Dollar Cancer Treatment: Who Will Pay?

The emergence of genetics-based medicines is pushing the cost of treating certain diseases to new levels, forcing hospitals and health insurers to reckon with how to cover total costs per patient approaching a million dollars. The therapies deliver new genes or genetically altered cells to tackle some of the hardest-to-treat diseases, including in children. They come at a high price: Novartis AG listed its newly approved cell therapy for cancer at $475,000, while Gilead Sciences Inc. priced its rival drug at $373,000.

Has the Era of Gene Therapy Finally Arrived?

Some day, applied genetics might live up to its hype, but that day is far from arriving.

GENE REPLACEMENT THERAPY is changing the way we see genetic diseases. By targeting faulty or missing genes, this innovation is creating a new world of opportunities.