Where in health am I? : Home / Health Cloud / Business of Health / Medical Devices / Robotics

I just want the future to happen faster. I can't imagine the future without robots - Nolan Bushnell 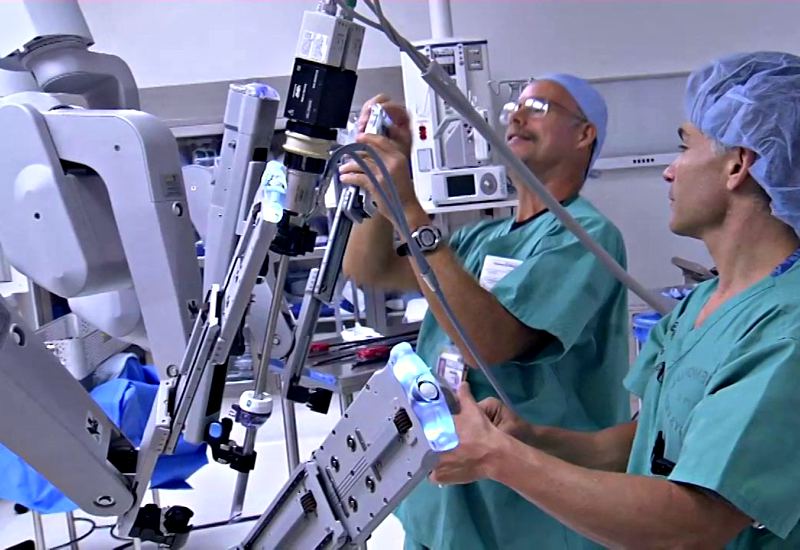 As a 23-year cancer survivor who has benefitted from personalized medicine, Eric Dishman, general manager of Intel's Health Strategy & Solutions Group, knows the value of health care innovation. He's not the only one.

In a new study, Intel found that respondents of all ages around the world are ready to embrace futuristic technologies like toilet sensors, swallowable health monitors, and personalized medical treatments based on genetics. There's just one exception: robots performing surgery. Everyone is a little freaked out by that (and rightly so).

From Surgeries To Keeping Company: The Place Of Robots In Healthcare

In the near future we will inevitably work closely with medical robots. If we take the necessary steps now to gain better understanding of how they work the transition could be easier and simpler.

This Machine Is Designed to Grow Internal Organs

Robotics have come that much closer to becoming a standby of medical treatment. All illnesses, including rare ones, deserve a robot helper if they can get it.

Tiny Robot Marks a Step Toward Using Devices Inside Humans

There are still hurdles to overcome before such minuscule robots can help provide medical care inside humans.

A Pocket Guide to the Robot Revolution

Sorting the good from the bad, the creepy from the adorable.

As Aging Population Grows, So Do Robotic Health Aides

The ranks of older and frail adults are growing rapidly in the developed world, raising alarms about how society is going to help them take care of themselves in their own homes. Naira Hovakimyan has an idea: drones.

There is one realm, however, in which robots really are joining the gang: the operating room. It turns out that Americans love to be operated upon by them. Last year, robots participated in thousands of surgeries, and the years ahead promise even more choices.

Here’s the best argument that computers could replace doctors, teachers, and even nannies

Artificial intelligence is improving rapidly, and a lot of people are worried that it will lead to massive job losses. In the past, technology mostly displaced workers doing routine tasks or manual labor. But as software becomes more sophisticated, there’s a growing prospect that truck drivers, teachers, and perhaps even doctors could see their jobs replaced by a robot or a computer program.

How Robots May Make Radiologists’ Jobs Easier, Not Redundant

Ingestible Robots Perform Surgery from Inside the Body

Remote-controlled origami robots can perform medical procedures from the inside out.

Sci fi film scenes from 50 years ago are now an everyday reality, robots performing complicated surgery. So, do they make a difference?

New surgical robots are about to enter the operating theatre

ROBOTS have been giving surgeons a helping hand for years. In 2016 there were about 4,000 of them scattered around the world’s hospitals, and they took part in 750,000 operations. Most of those procedures were on prostate glands and uteruses. But robots also helped surgeons operate on kidneys, colons, hearts and other organs. Almost all of these machines were, however, the products of a single company. Intuitive Surgical, of Sunnyvale, California, has dominated the surgical-robot market since its device, da Vinci, was cleared for use by the American Food and Drug Administration in 2000. That, though, is likely to change soon, for two reasons...

Robot-Assisted Surgery Costs More But May Not Be Better

The Robot Will See You Now

IBM's Watson—the same machine that beat Ken Jennings at Jeopardy—is now churning through case histories at Memorial Sloan-Kettering, learning to make diagnoses and treatment recommendations. This is one in a series of developments suggesting that technology may be about to disrupt health care in the same way it has disrupted so many other industries. Are doctors necessary? Just how far might the automation of medicine go?

The Robots of Medicine: Do the Benefits Outweigh the Costs?

In theory, surgical robots should assist clunky humans with tasks that we have trouble with, but we're still outperforming them in many ways.

These Tiny Jelly Robots Can Precisely Deliver Medicine in the Body

Hydrogels have a high water content, which makes them perfect for popping inside a body.

Health trackers and sensors? Bring 'em on. Personalized medicine based on a patient's DNA? Great. But don't let a robot cut me open, thanks.

The largest most comprehensive online robotic news and information resource.

Robohub is an online platform that brings together leading communicators in robotics research, start-ups, business, and education.

Robots for iPad is the best, most complete guide to the world of robotics. This fun, highly interactive app lets you explore over 150 real-world robots, with hundreds of animations, photos, videos, and articles.

The International Journal of Medical Robotics and Computer Assisted Surgery provides a cross-disciplinary platform for presenting the latest developments in robotics and computer assisted technologies for medical applications. The journal publishes cutting-edge papers and expert reviews, complemented by commentaries, correspondence and conference highlights that stimulate discussion and exchange of ideas.

Aethon designs, assembles and provides robotic and software products to help hospitals transport and track the internal delivery of goods — or the internal logistics that are critical to hospital operations.

We believe in a world where patient care is no longer pre-determined by the limitations of current tools. We create platforms that enhance physician capabilities, evolve minimally invasive techniques, and create new categories of care that redefine optimal patient outcomes. This is our mission.

Barobo, Inc. was founded in March of 2010 as a spin-off of technology developed at the University of California, Davis. The company creates accessible cutting edge robotics to promote STEM (Science, Technology, Engineering and Math) education.

Precise robotic treatment as individual as every patient.

Finally, you don't need to be an Engineer to own a robot!

Surgical robotics was little more than a medical curiosity until 1999, the year Intuitive Surgical introduced the da Vinci® Surgical System. Today, we are the global leader in robotic-assisted minimally invasive surgery.

Leveraging a state-of-the-art mobile robotics platform, iRobot is bringing its solutions to new markets. Already in hospitals, these robots are also ideal for retail, security, industrial and a variety of business and consumer applications.

Jibo isn't an appliance, it's a companion, one that can interact and react with its human owners in ways that delight - Mashable. The World's First Family Robot.

The newest addition to Xandex product lines is Kubi. The Kubi Telepresence Robot is an interactive remote controlled robot that is designed to hold an Apple or Android tablet during live video meetings.

Mako enables you to have a more predictable surgical experience when performing joint replacement surgery.

The Company has built a highly articulated multi-linked robot that will enable minimally-invasive procedures to replace open surgical procedures for many parts of the anatomy that are difficult or previously impossible to reach.

Based in California’s Silicon Valley, Neato Robotics was founded on the idea that it’s possible to create robots that can perform household chores as intelligently as humans. In the Neato Lab, our engineers work tirelessly to build robotic vacuums that aren’t gadgets, but powerful cleaning machines.

Parrot designs, develops and markets consumer products for smartphones and tablets as well as high technology solutions in Automotive and UAV business.

Romibo is a social robot that is helping people, particularly those with special needs, interact more with their peers. Romibo is a learning tool for individuals of all ages and abilities, however the robot has shown to be particularly useful with children on the autism spectrum.

We create connected toys, fusing emerging technology with the latest innovations in robotics to offer a new kind of open play experience. With our smart robots and open software we hope to inspire the next generation of inventors and programmers.

Swisslog is a global provider of integrated logistics solutions for warehouses, distribution centers and hospitals.

Titan’s robotic surgical system is being designed to expand robotic surgery into areas that are currently underserviced. This will allow surgeons to perform procedures within small to medium size surgical spaces such as general surgery and cholecystectomy.

We are building a global network of labs where people accelerate and scale the impact of their humanitarian aid, global development and environmental protection efforts using appropriate robotics solutions.