Where in health am I? : Home / Health Cloud / Business of Health / Health Insurance / ObamaCare

But, look, nothing is free. The bottom line, though, is do we want to continue to live in a society where we’ve got the most inefficient health care system on Earth, leaving millions of people exposed to the possibilities that they could lose everything because they get sick - Barack Obama 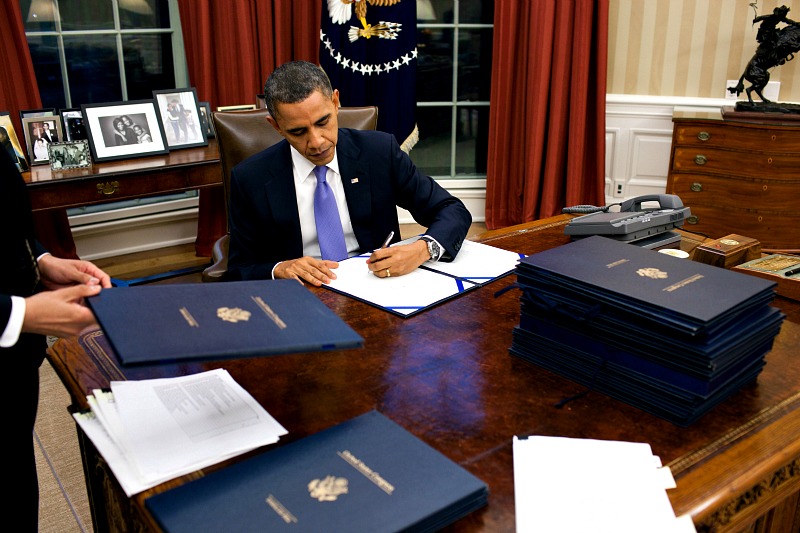 The Democratic campaign has crackled with energy around “Medicare for All,” with one candidate after another jumping into the argument about how best to bring health care to all Americans.

Lost in all the back-and-forth is that much of this revolution has already happened. Under the Affordable Care Act, several states have already achieved near-universal coverage, and without anywhere near the national disruption that a full system reboot would cause. As of 2018, six states and Washington, D.C. have achieved over 95 percent health care coverage for their residents.

This coverage triumph does not mean that the American health care system does not need reform. But it does demonstrate…

The ACA gave more Americans insurance, but not the health care they need

The signing of the Affordable Care Act in 2010 ushered in the largest expansion in the number of Americans covered by health insurance since the implementation of Medicare and Medicaid more than 50 years ago. The ACA provided health new coverage to 19 million previously uninsured working-age people, allowing many of them to afford the care they need. In spite of that expansion of insurance coverage, though, Americans’ ability to afford care is no better now than it was two decades ago.

Trump Wants the Supreme Court to “End” Obamacare. Here’s How They’d Do It.

The president has repeatedly insisted that if the Affordable Care Act is eliminated, he’ll somehow replace it with a better health care program and protect people with preexisting conditions. But he hasn’t presented a viable plan to do so.

How Obamacare Might Survive—Even if Trump Gets His New Justice

Fortunately for the millions of Americans who rely on it for their health coverage, the Affordable Care Act isn’t necessarily toast quite yet, even in that scenario. At this point, there are two reasonably realistic routes that would allow the law to live on.

The court will soon weigh cases that could shrink Medicaid or undermine Obamacare's marketplaces if the health care law survives.

The Supreme Court case that could kill Obamacare, explained

The case rests on the theory that when Congress repealed a single provision of the ACA — the so-called “individual mandate” — in 2017, it actually introduced a fatal flaw into the legislation that requires the whole thing to fall. If the Supreme Court buys this dubious legal claim, it would mean that 20 million or more individuals could lose health coverage overnight.

A government-run plan would provide competition to private insurers and guarantee coverage was always available to Americans.

It’s going to be a big issue. And remember, Obamacare is more popular today than it ever has been...

Many experts now view the individual mandate as a policy that did little to increase health coverage — but did a lot to invite political backlash.

The ACA gave more Americans insurance, but not the health care they need

Even before the Affordable Care Act became law, about 90 percent of the conversation and criticism of it was about coverage. Little has been said about its ability to control costs.

Don’t Be So Sure Obamacare Will Survive the Latest Lawsuit

No legal argument is “frivolous” when it has the unified support of the political party whose appointees make up a majority of the Supreme Court.

Insured, but Not Covered

It is true that the Affordable Care Act has erased some of the more egregious practices of the American health insurance system that left patients bankrupt or losing homes to pay bills. But by endorsing and expanding the complex new policies promoted by the health care industry, the law may in some ways be undermining its signature promise: health care that is accessible and affordable for all.

Despite the advent of Obamacare, most estimates indicate that about 50 million Americans remain uninsured. So, why can't the United States insure all its citizens like the rest of the industralized world?

Obamacare is having a surprisingly good year

ObamaCare, Is There a Fix?

It’s not defunding ObamaCare or granting everyone the current ‘federal worker option’ or even socialized medicine. Just ask our neighbors, the Canadians.

Obamacare: Good Medicine, Bad Politics or the Other Way Around?

Many people believe that the U.S. health care system is “sick” and needs resuscitation. But, doesn’t the United States deliver some of the best medical care in the world? And for heaven’s sake why would even Canadians cross the border for medical care when they already have a system envied by many? So, why Obamacare?

With Americans free today to start signing up for health insurance under the Affordable Care Act, most of the 47 million people in the U.S. who lack such coverage are unaware that the program is set to launch, according to the Henry J. Kaiser Family Foundation. Obamacare could bring big savings, but challenges remain. Such confusion is perhaps understandable given the scope and complexity of the landmark health law, better known as Obamacare. Yet the program's success depends in part on quickly overcoming this knowledge gap. Here's what you need to know.

Six ways healthcare and politics have changed since Obamacare

The sweeping health reform law has been praised by Democrats and demonized by Republicans. It has survived a botched rollout, two challenges in the Supreme Court, and dozens of votes to repeal it in Congress.

Take politics out of health care before reforming it

For most Americans, few issues are as visceral and ubiquitous as health care. Voters tend to focus more on the immediate events in their lives, like hospital bills and treatment plans or affording chemotherapy for our mothers and prescription drugs for our fathers.

Here are the two things you need to know about this decision: There is slim to no chance it will stand on appeal, and it should not affect your life at all.

The Lessons of Obamacare

What Republicans should have learned, but haven't.

To Save Obamacare, Repeal the Mandate

Congress could fix the problem by saving, severing, or sinking the mandate.

Why Obamacare wouldn’t have worked anyway

The Affordable Care Act, despite its merits, was doomed because it failed to acknowledge that health, and more specifically affordable health, has little to do with access to a physician.

Will Obamacare Really Go Under the Knife?

Republicans spent almost seven years waging a battle to repeal the Affordable Care Act. Finally, they are set up for victory — or a new kind of disappointment.

With little notice, the ACA has racked up a big win – near-universal coverage.

You may have thought you couldn't afford health insurance, but Covered California will provide the tools for you to shop for health insurance that meets your health care needs and financial realities. The federal law called the Patient Protection and Affordable Care Act provides a number of ways for individuals and employers to help make coverage more affordable.