Where in health am I? : Home / Health Cloud / Business of Health / Big Tech & Healthcare / Apple & Healthcare

I guess what I would say is there are huge opportunities here. Our focus right now is on empowering the individual - Jeff Williams 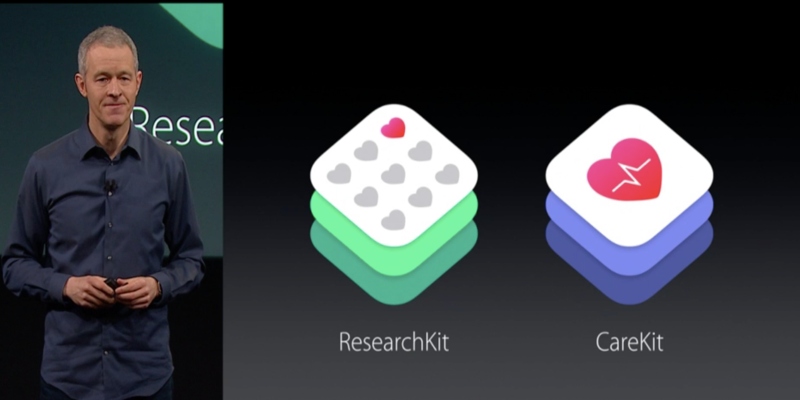 Apple COO Jeff Williams on Apple’s next steps in health

Apple COO Jeff Williams is increasingly speaking out about his personal passion for health care.

In Williams’ view, the future of medicine involves the patient at the center of the health experience armed with their data. And Apple can play a pivotal role in collecting this information through its massively popular consumer hardware like the iPhone and Apple Watch.

The company on Thursday announced its next step into the space with a first-of-its-kind study, the Apple Heart Study, to collect data on whether its smartwatch can detect a type of abnormality with the heart rhythm called atrial fibrillation.

Williams spoke with CNBC on the details of the study and…

Is Apple Going Into Healthcare...

“I do think there will be a day when people looking back will say Apple’s greatest contribution to the world was healthcare.” This quote might catch some people off guard right now; after all, the company with the iconic logo is best known for its consumer techs like iPhones and Macs. But the quote comes from the company’s own CEO, Tim Cook, talking about Apple’s healthcare plans during the Time 100 Summit in 2019.

More than 800 years ago, Maimonides described an irregular pulse that likely represented atrial fibrillation (AF). The development of the electrocardiogram by Einthoven 700 years later allowed surface recordings of human AF for the first time.1 With the recognition that AF is often asymptomatic and paroxysmal, the development of inexpensive, non-invasive, passive monitors for irregular rhythm identification has long been recognized as a potentially important tool for arrhythmia detection and management.

Apple Struggles in Push to Make Healthcare Its Greatest Legacy

Perhaps because of the sheer breadth of Apple's ambitions, it can be tough to pin down exactly what Apple wants to do in the health care space. To help, we've distilled all the confusing and sometimes-contradictory reporting into the five concrete ways Apple is seeking to transform the health care industry.

Apple and Amazon’s moves in health signal a coming transformation

The world’s biggest tech firms see an opportunity in health care, which could mean empowered patients, better diagnosis of disease and lower costs.

Apple is launching its own health care service for employees

The setup suggests that US companies are growing as impatient as their employees with the state of American health care—and that better medical benefits will perhaps be the next great battleground in the war for talent.

Apple still has a lot of room to grow in the $3.5 trillion health care sector

Imagine if the company could somehow build a body of clinical evidence to get into the business of taking on risk for a population. If it can truly prove that it could improve the quality of care and bring down costs, that would be a huge opportunity. That vision would take many years to achieve, but it would certainly meet Cook’s goal of having a major impact on health care.

Apple's Heart Study Is the Biggest Ever, But With a Catch

Now, not for the first time, Apple's attention to user experience has been rewarded: According to a paper outlining the study's design in this week's issue of the American Heart Journal, Apple and Stanford have managed to enroll a staggering 419,093 participants. That makes it the largest screening study on atrial fibrillation ever performed.

Good news, since there are so many smartphones

Can a smart watch save you from a stroke?

Join an ambitious study to detect the most common heart arrhythmia using your smart watch. Contribute your data and save lives.

Can a Smartwatch Save Your Life?

The advent of wearable devices that monitor our heart rhythms both excites and worries doctors.

Johnson & Johnson to Use Apple Watch App for Heart-Health Study

Aim is to detect the irregular heart rhythms of people living with atrial fibrillation before something life-threatening happens.

Apple ResearchKit is already accelerating research by attracting huge numbers of people to participate in medical research for the first time. In this blog we share our experience using Active Tasks included in ResearchKit to assess cognitive function, and offer recommendations for how this critical resource can continue to evolve to further advance research and contribute to new clinical insights.

Wearable Health Monitors: Do They Work?

Doctors can also use the monitors to diagnose patients with intermittent episodes of a-fib, which are hard to catch, and follow up on patients who have had ablations, a procedure that removes diseased tissue from the heart to try to stop a-fib symptoms.

Apple COO Jeff Williams on Apple’s next steps in health

You know, it’s interesting. It has been a very organic journey. We didn’t wake up one day and say, “well we’ve done the phone, we’ve done the iPad, why don’t we knock out health next - Jeff Williams

5 names to know at Apple: the people leading its move into health care

This is one in a series of articles highlighting the key people leading Big Tech companies’ move into digital health and life sciences.

The future of healthcare is in your hands.

Apps built with CareKit are improving care for some of the most challenging medical conditions today. Continue patient care at home with apps that can deliver personalized treatment, track daily progress, and generate trends over time.

With every regular update of the HealthHabit app, we focus on improving performance, enhancing security and fixing bugs to provide you with an even better experience.

In 2015, ResearchKit was released to help researchers tackle some of the most common challenges facing medical research. Since then, researchers have been able to launch groundbreaking new studies through apps that reach participants at scale and produce breakthrough insights.